With the summer transfer window now in full swing, the biggest clubs around Europe are getting ready to splash the cash on their top targets.

Last year we saw Manchester United smash the world transfer record to re-sign Paul Pogba, and there’s a strong chance the £89million fee the Red Devils paid for the Frenchman could be eclipsed before the start of the 2017/18 season.

We have taken a look at the 10 biggest transfer of all time and pinpointed three rising stars who could soon be set for record-breaking moves.

Former Ballon d’Or winner Kaká made his switch from the San Siro to the Bernabéu the same summer that Madrid signed Cristiano Ronaldo, but the brilliant Brazilian never quite hit the heights of his Portuguese team-mate. He rejoined Milan in 2013 having fallen down the pecking order in the Spanish capital

Much like Kaká, who swapped Milan for Spain the same summer, Zlatan Ibrahimović’s big-money move to Barcelona promised much but ultimately delivered little. A falling out with manager Pep Guardiola saw the Swede benched for much of his only season in Catalonia. He rejoined Milan on loan 12 months after his Camp Nou arrival.

Zlatan Ibrahimovic to MLS? | LA Galaxy or LAFC… by FootballWhispers

Ángel Di María came to Old Trafford in the summer of 2014 as a European Champion and the most expensive player in British football history. After a spellbinding start to life in the Premier League the winger fell out of form and out of favour, signing for Paris Saint-Germain for £44million after just one season with United.

Perhaps the most shocking transfer on this list in terms of fee, jaws hit the floor when Chelsea sold Brazilian playmaker Oscar to the cash-rich Chinese Super League for £60million in January 2017. The 25-year-old midfielder was only a rotation option for the Blues at the time.

After a string of thrilling displays with Colombia at the 2014 World Cup, Real Madrid snapped up James Rodriguez for an eye-watering sum. Arriving from Monaco, the gifted creator enjoyed a strong showing in his first season at the Bernabeu, but the Manchester United transfer target has since slipped down the pecking order and is expected to leave Los Blancos this summer.

Luis Suárez came within a whisker of almost ending Liverpool’s long wait for a league title almost single-handedly in the 2013-14 season. His impressive 31-goal haul earned him a move to Barcelona, where he has since picked up two La Liga titles and a Champions League winners’ medal. 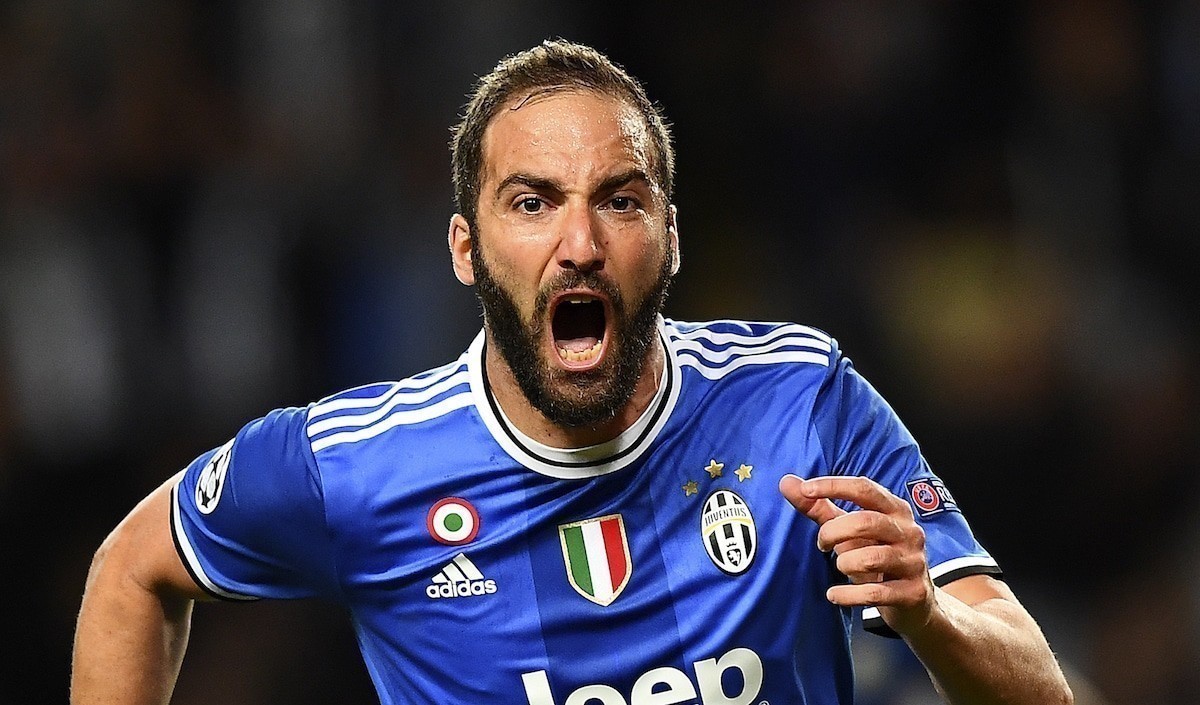 Juventus sent shockwaves through the Italian football landscape when they signed Gonzalo Higuaín from rivals Napoli last summer, meeting the player’s whopping release clause. Having set an all-time Serie A scoring record with his 36-goal return in 2015/16, the Argentinian poacher’s goals powered Juve to the Champions League final and a sixth successive scudetto last term.

They wanted him in 2008 and the player set his heart on a move to the Spanish capital, but then-United boss Sir Alex Ferguson forced Real Madrid to hold on for a year before landing their man. But Ronaldo has since proven well worth the wait, winning three Champions Leagues with Madrid and becoming the club’s all-time highest scorer. 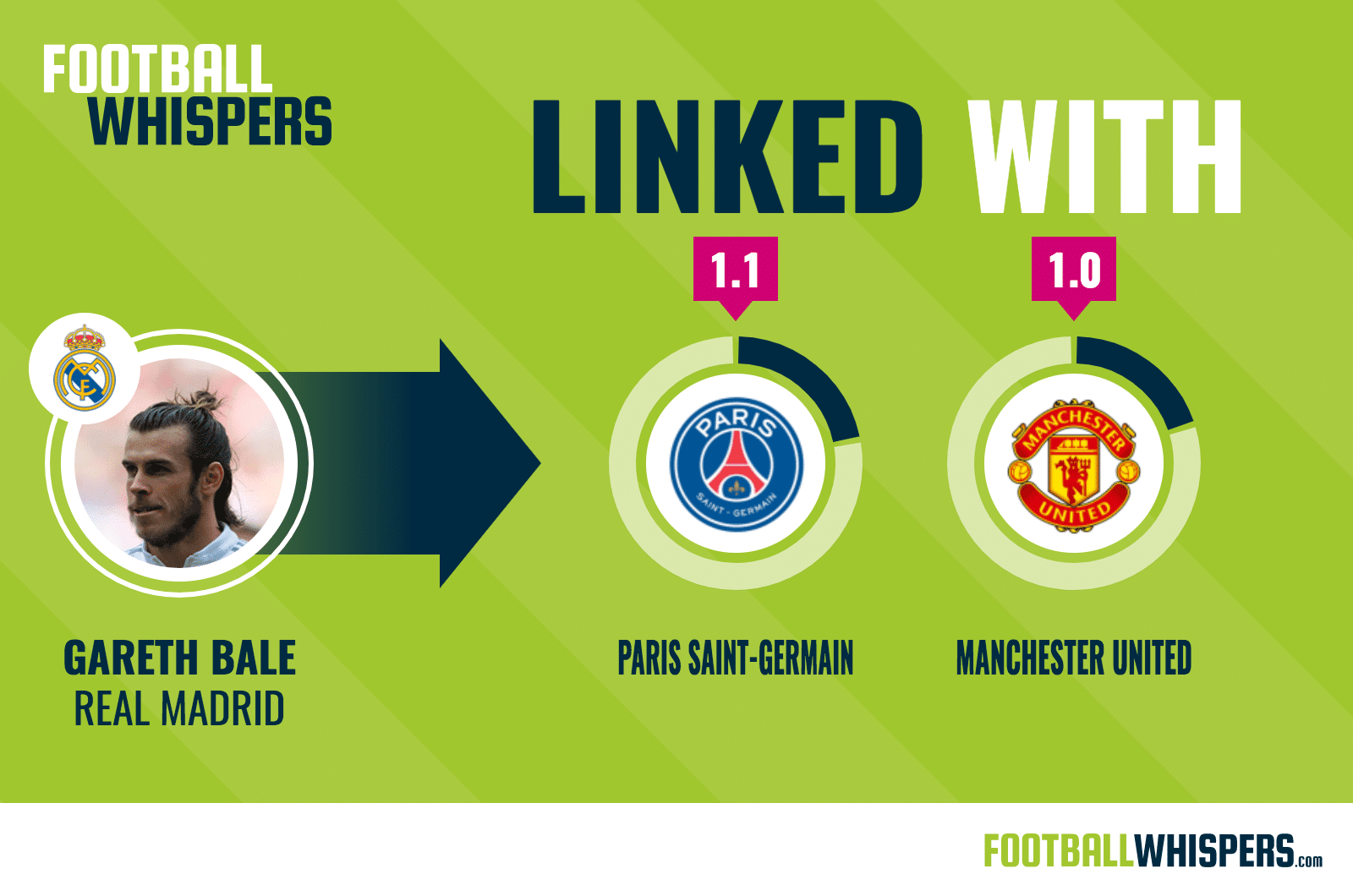 After impressing with Tottenham Hotspur in the Premier League and Champions League, Gareth Bale became the most expensive player in the world and Madrid’s latest galáctico in 2013. The flying Welsh winger helped Los Blancos secure a 10th European Cup in his first season.

Part of the club’s academy as a teenager, Pogba left United in 2012 having grown frustrated at the lack of first-team opportunities he was being afforded. Four successful years with Juventus later and the Red Devils forked out £89.3million to bring the gifted Frenchman back to Old Trafford.

The 2016/17 season was already a couple of months old before French forward Kylian Mbappé established himself as a regular first-team starter with Monaco.

The 18-year-old wasted no time making an impression, helping the Monégasque side clinch a first Ligue 1 title since 2000 and reaching the Champions League semi-finals, bagging 27 goals along the way.

Mbappe is now Real Madrid’s top transfer target and, whether he moves this summer or next, he is almost certain to become the world’s most expensive player.

Meanwhile, eyebrows were raised when Juventus forked out £32million to sign Paulo Dybala from Palermo in the summer of 2015. However, the little Argentinian forward quickly established himself as the most gifted young player in Italy and is now wanted by Real Madrid and Barcelona.

And signed from Rennes for just £12.75million last summer, Borussia Dortmund winger Ousmane Dembélé racked up 20 assists in the Bundesliga and Champions League combined last term, marking himself out as one of the most versatile and creative players in Europe.

Wanted by Barcelona, the 20-year-old Frenchman has all the tools to become a superstar at the Camp Nou if the Blaugrana get their man.