Experts and fans can tell the worst a-league players based on many factors. The crucial factors that you can examine to grade a player are the initial cost of signing, individual performance, the sell-on fee, and off-field issues that have serious repercussions in the club. Many teams import players from other countries to make them more competitive. In some instances, the imported talents change the fortunes of the clubs for the best. Unfortunately, some players come to the A-League on high transfer fees but fail to leave up to the standards. The following is a list of some of the worst players in the A-League:

Claudinho had enjoyed a fantastic season with former club Atletico Paranaense when he signed with Melbourne Victory for the 2006/7 season. He was 24 years old when Melbourne Victory acquired his signature. Victory manager (Ernie Merrick) saw speed and technical soundness as the main reasons for seeking the services of Cloudino. The midfielder arrived in A-League and exhibited signs of carrying the reputation from his former club in his debut. He scored a debut in round 1 and made no other goal contribution to the team. The midfielder made a total of five appearances for Melbourne Victory.

He cited family issues for the failure to settle in the team and had a mutual agreement with the club for his contract to be terminated. He traveled back to Brazil and signed another deal with Esporte Clube Santo André. Claudinho was part of the “trio” from Rio. The club was not happy with him. Victory terminated his contract and his compatriots remained behind.

One of the main reasons making players fail to shine in new clubs is the difference in culture. One would wonder why Kewell features among the worst players in A-League. The former Australian international was involved in one of the most hyped transfers in the 2011/12 season. Melbourne Victory went a mile to secure the signature of one of the most expensive Australian players before the 2011/12 season. The pressure was too much on the former golden boy because everybody expected him to shine on returning to his motherland.

Kewell performed well compared to his colleagues at victory. However, he did not live to the expectation of fans based on the amount the club spent to bring him back. A-League teams go after marquees with the sole purpose of adding value. Therefore, Kewell enters the list of the worst a-league players because he failed to deliver what fans expected from him. He returned to Melbourne at 32, made 25 appearances, and scored 8 goals. It is unknown exactly why he failed to bond well with teammates who seemed to share a common culture. Victory accommodated him for one year then terminated his contract. He struggled to settle in the team just as his compatriots from abroad.

A-League teams also go on shopping sprees for top talents as the European clubs. Unfortunately, some of the marquees perform bellow per. Western Sydney Wanderers are victims of such undertakings. Piovaccari features among the top flops in A-League marquees. Fans did not believe how the former Italian talisman showcased borderline performance during his stint at Wanderers. Few fans were surprised at his short life in the A-League. He was taking too long to settle in the league. Whenever he got the chance to prove his worth, he was devoid of composure in front of goals. Piovaccari was seen as an additional talent that would bring more excitement to the history of A-League. However, he left as one of the worst players in A-League during the 2015/2016 season. Even homegrown players were now better off than him.

Jet’s fans received news about the signing of Jardel with ululations. He was being seen as a potential star man for the 2007/8 season based on his origin and pedigree. The Brazilian outfit had made ten appearances with the national team before being signed by the Jets. The former Gremio striker arrived at Newcastle with the hope of rejuvenating his career.He was unable to settle in the league. Astonishingly, the Samba striker left the club before the end of his first season. He was unable to make it to Gary Van Egmond’s starting line-up. The Jets will remember Jardel as one of the worst A-League signings. He was one of the players who cost the club a lot of money but failed to impress fans. Marquee players are supposed to pull crowds for the clubs to make more gate collections. Additionally, such talents are supposed to help the clubs to reach higher heights. 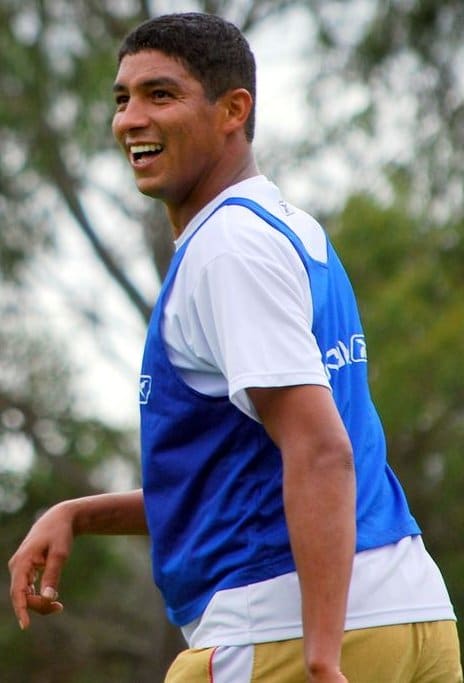 Benito was tipped to be a crucial addition to A-League. The expectation was because of the experience he gathered from Serie A and the English Premier League. The Italian magician announced his arrival at the A-League in style. He turned Sydney fans wild by chipping in two assists and a goal in his debut. Sydney fans can only remember seeing the former Italian talisman on two occasions. He then pulled a hamstring that made him be sidelined till the club saw him as an excess asset. Benito features in this list of shame because the club and fans expected him to give more than he did. He had excelled in two top leagues in Europe. He was expected to offer more on and off the field. He was in a pole position to motivate his teammates and inspire them to strive for better performance.

It is time for A-League teams to focus on their football academies instead of relying on big-money moves to bolster the squads. Some players come to A-League and leave with poor reputations. Some players take too long to adapt to the culture of the region. Taking too long to settle impacts seriously on the team performance. Besides, the A-League teams should develop a culture of tolerance for the imported players to acclimatize with the new environments. Giving new players ample time to familiarize themselves with the environment will help them perform well. New signings should assist the teams to perform well on the pitch. New signings also assist teams to improve their overall images.