The Women’s World Cup 2023 promises to be another great event, and this time, it’s moving Down Under! Well, it won’t be held purely Down Under, for New Zealand will also entertain the best players in women’s soccer for part of the tournament too. This combination of Australia and New Zealand hosting the event makes us very excited indeed, although we will have to wait until July 2023 to see the first ball get kicked – July 10th to be exact!

This will actually be the 9th FIFA Women’s World Cup since the tournament began more than 30 years ago. And to name some of the stadiums that are already set to host the games, we’ve got the likes of Stadium Australia and Eden Park, stadiums with capacities greater than 83,000 and 50,000, respectively. Needless to say, we envisage that tickets will fly off the shelves for this one, especially with the tournament now being open to 32 teams instead of the standard 24.

This increase means that the 2023 Women’s World Cup will play host to 64 games, which is a significant increase when compared to the 26 matches played when the tournament was first held back in 1991. And of course, not only will we see more action – the quality of soccer on display will no doubt be better than ever!

Just like the FIFA Men’s World Cup, the Women’s has a series of qualifiers that are actually due to get underway very soon, and these qualifiers then dictate who we will see in the main tournament come 2023. Of course, the two host nations of New Zealand and Australia receive automatic qualification rights, just like the Men’s event, but all others must battle it out for the rights to compete. This initial qualifying format is already a great way to give the event a boost, with teams competing all around the globe with the hope of making it Down Under in 2023.

At the time of writing, there are various qualifying games due to take place, each in their own respective groups. This qualifying process will continue on from now, right the way through until the latter stages of 2022. While this may seem a little lengthy, it’s not all that inconsistent with the Men’s World Cup. Now, once the qualifying teams have been set and the Women’s World Cup 2023 kicks off, the schedule is obviously adapted. The first game will start on July 10th, and the tournament will end on August 20th, following the final game. Naturally, as the tournament progresses through the group stage and into the knockouts, there will be fewer and fewer games until we are left with a winner.

Although more than 12 different cities were initially put forward, split between Australia and New Zealand, a conclusion has now been reached that there will just be 9 cities playing host – 5 in Australia and 4 in New Zealand. But while the group games and knockout games will be split between these locations, the final is scheduled to be held at Stadium Australia, with full attendance expected! 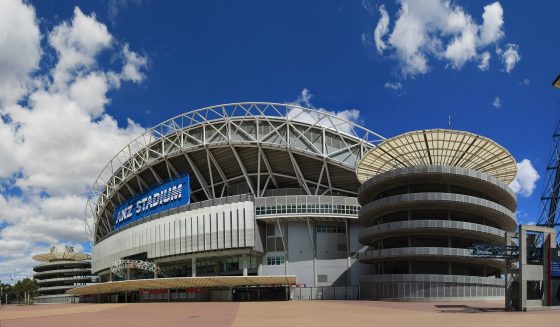 When you think of the Men’s World Cup, it’s almost impossible not to think of teams like Brazil, Germany, Italy, France, Spain, and Argentina when thinking of teams that have been dominant in the past. But interestingly, the teams that have proved dominant in the men’s game are not quite as you’d think in the women’s game. Just check out the women’s teams below that are full of potential for the 2023 competition:

Out of all the major teams that are scheduled to play in this one, the US is the most dominant by an absolute landslide. In fact, the US women have won the tournament on the last two occasions, making them red hot favourites to do so again in the 2023 Women’s World Cup. As it happens, if they didn’t lose to Japan back in 2011, the US women’s team would have a hat-trick of victories. This is the kind of form that you just can’t really ignore, and we expect them to be dangerous for any opponents in this one.

Okay, this one you might have seen coming since Germany has been sensational with international soccer in the men’s game. The German women’s team have managed to win the trophy twice since it began in 1991. They won it once in 2003 and again in 2007, beating Sweden and Brazil respectively. But since then, they’ve lost a few star players and the threat hasn’t quite been as strong from this team. However, it would seem that the team has started to greet a few promising youngsters in recent years, and we feel they could have a big impact on the 2023 tournament.

Finally, we couldn’t wrap this section up without mentioning Japan. Although Japan has just the one trophy to their name, they were runners-up in the 2015 event, and they are one of the few teams that have managed to beat the US once the tournament reached the later knockout stages. This shows that they are a team with plenty of talent and that they have what it takes to deliver when the heat is really on.

Honourable mentions for the 2023 event

There are two teams that have always been there or thereabouts when it comes to the Women’s World Cup, and these two teams are England and Sweden. Surprisingly, neither team has made it to the final, but both teams have regularly been involved in the semi-finals over the years. In fact, at least one of these teams has been involved in 50% of third and fourth playoff games since the tournament's inception, which is pretty impressive.

And who knows, maybe 2023 will be the year that either Sweden or England finally make the push past the semi-finals?