Western United slipped to second place in A-League owing to their poor goal difference. They will like to step up in this area as away strugglers Newcastle Jets visit them.

Newcastle Jets have only won once this season which will worry their fans. Wester United will surely look to pile more misery on them as they look to continue their seven-match unbeaten run. United earned the bragging rights in their last three meetings and it looks likely that they will add to their tally in this meeting.

John Aloisi's side has been forged on defensive fundamentals and it will be on show again in this early Saturday fixture. The Melbournians have seen 10 of their 14 league fixtures conclude with Under 2.5 total goals. Based on this, we are expecting another low scoring affair involving them. With five of their six duels concluding similarly, we are confident of seeing less than three goals at the Mars Stadium.

Western United vs Newcastle Jets: Check out the best odds and the latest stats

Western United vs Newcastle Jets: Check out the team lineups

With every passing matchday, Western United are proving that they are leading the ranking not through luck but sheer force. Perth Glory became their latest victims and a similar fate awaits struggling Newcastle Jets. United are equal on points but have two matches in hand over Melbourne City, who have pole position thanks to their better goal difference.

While Western United are having their Indian summer, Newcastle Jets have shown resistance in recent weeks. They have earned four points in their last two outings, putting an end to their series of successive poor results. A win in this meeting will improve their contention for the playoffs as they have three matches in hand over Sydney FC occupying the last slot. 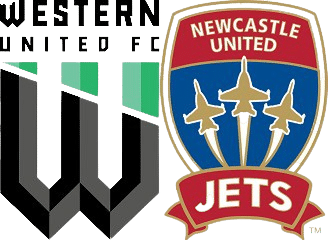 Who won the last h2h? 2-1 in favour of Western United.

Which team is the favourite to win? Western United.