Adelaide United continue their search for the first win of the season as they visit Western United for their next A-League engagement. On the other hand, the hosts are in good form and have claimed three league victories.

Western United are getting back-to-back wins in the starting games of the A-League. On the other hand, Adelaide United are opposite to their rivals and are still winless in the season. The team’s form went from bad to worse in the last game where they got the defeat after consecutive draws. Talking about the H2Hs, both teams faced each other four times and registered the victories once, drawing the remaining two. So it promises to be an interesting fixture but based on the recent forms, Western United are expected to take the lead once again to follow their winning track. The defensive line of the hosts might be the key feature for the win that has claimed three clean sheets in the last four games.

After picking out favourites, a total of above 2.5 goals would be our next prediction for this match. The last two duels between these teams went goal-less but we still have seen a total of 13 goals collected by both sides in the last four meetings. Western United are scoring consecutively from the last three games while the Reds yielded five goals in the last five outings.

Western United didn’t get rich in terms of goals in their recent matches but they have been producing at least one goal to secure wins in three of their last four outings. On the other end, Adelaide United have been consistent in scoring and was able to score in four of their last attempts. So we expect goals from both sides to give us a high total in this game. Two of the previous for H2Hs between the teams followed the same outcome. But after securing consecutive clean sheets in the A-League, Western United are likely to clip their rivals to a low score.

Western United vs Adelaide United: Check out the best odds and the latest stats

Match Preview of Western United vs Adelaide United: Struggling Reds have a tough Melbourne trip ahead

Western United got their third victory of the season in their last match against Brisbane Roar. The team was defeated in their opening game of the season but made an impressive comeback with consecutive three wins. They are currently third on the points table, with equal points of Melbourne City on the second spot. The team manager John Aloisi has a fully prepared squad ready for the coming game.

After playing successive three draws in the A-League, the Reds got the defeat in their last game against Melbourne Victory. Adelaide United currently find themselves at the tenth position in the standings. The team needs to be disciplined in every aspect of the field to discover a reputable place at the start of the season. The Adelaide United manager Carl Veart has only one fitness concern in his team. Nick Ansell is out from this game due to an Achilles tendon rupture. 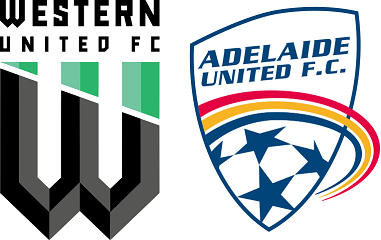 Where is the game being televised? BT Sport ESPN and DAZN Italia.

Where is the game being played? AAMI Park.