Goals from Joshua Nisbet and Jacob Farrell were enough to five Newcastle Jets in their second defeat of the campaign. Western Sydney Wanderers will want to make it three in three at the CommBank Stadium as the Jets pay them a visit on November 28.

Here are our predictions for Western Sydney Wanderers vs Newcastle Jets.

The last two times Western Sydney Wanderers and Newcastle Jets came together at the CommBank Stadium, the fixture ended in a stalemate. We are anticipating a repeat of their 1-1 result as both sides have struggled to impress on the pitch. Wanderers were lucky to scrape with a draw against crosstown rivals Sydney FC and more of the same will play out in this Sunday fixture.

Newcastle Jets have seen two 2-1 scorelines go against them, once in A-League against Central Coast Mariners and once in the FFA Cup against Western United. They will be looking to thwart this run with a more disciplined approach at the CommBank Stadium. With the Wanderers struggling to score in their domestic opener, we are anticipating a low scoring affair.

In each of their last ten league meetings with Western Sydney Wanderers, Newcastle Jets have gotten on the scoreboard. They have shut down their rivals thrice in the process, alluding to us to cement our belief they like to scorer in Sydney. The Wanderers have not conceded a goal from open play this campaign and will be looking to stop the Jets' ten-match scoring streak against them. We do not believe it will be the case as both sides play a 1-1 draw.

Western Sydney Wanderers vs Newcastle Jets: Check out the best odds and the latest stats

For ten games in succession, Western Sydney Wanderers have tried to stop Newcastle Jets from scoring and have failed in their pursuit. The Jets may fail in their endeavours to claim the three points on offer, but there is no stopping them from scoring. Arthur Papas has forged his identity on his adopted side and his coaching traits are visible to the naked eye.

On the other hand, Kenny Miller is still coming to terms with the Wanderers personnel. He led his charges to an FFA win over Broadmeadow before earning a hard-fought draw against crosstown rivals Sydney FC. They have not won against the Jets in five attempts, drawing thrice and losing the other two. Miller will be seeking a win to start the season on the right foot and it remains to be seen how his charges react to the situation. 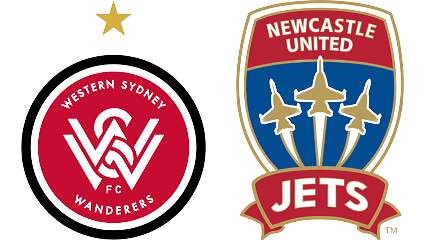