After a delay, Western United and Central Coast Mariners fulfil their Round 13 responsibility. Both sides have been in good form of late as they look to make a late push for the playoff slots.

The Wanderers are winless in four fixtures, drawing thrice and losing once. On the other hand, the Mariners did lose emphatically to Sydney over the weekend but had gone seven matches unbeaten before that. The visitors won the reverse leg 2-0 and will feel confident about their chances. Add to the fact that the Wanderers' tendency for stalemates and the double chance selection should pay dividends. The risky approach for a Mariners win can also come to fruition given their recent form.

The last time these sides met, it was a 2-0 win for the Mariners. Nick Montgomery's men drew a blank in their last outing as they were found wanting by Sydney. BTTS has not come to fruition in four of the Mariners' last six matches. For the Wanderers, the tally stands at three in four home fixtures. With the Sydney native scoring just six goals in their last five outings, we believe a blank will be on the cards.

Western Sydney Wanderers vs Central Coast Mariners: Check out the best odds and the latest stats

Despite being one man up in the second half, Western Sydney Wanderers could only share the points with Brisbane Roar. A moment of madness cost them the three points on offer as Daniel Margush was sent off in the final minute of the fixture. Jay O'Shea would score from the resulting penalty and that's all she wrote. Mark Ruden will want to avoid a repeat of the same as in form Mariners visits them.

Sydney FC humbled Central Coast Mariners in their last outing, bringing an end to their seven-match unbeaten streak. The Mariners will want to brush that result aside as quickly as possible to make ground on the playoff slots. They are four points adrift of Wellington Phoenix in sixth place. They won the reverse fixture in late December 2021 and will want a repeat of the same to keep pace with their ambitions. 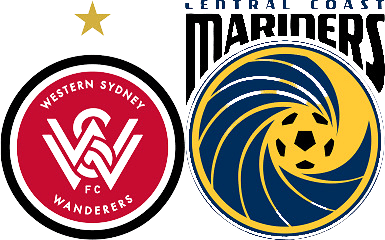