Following consecutive away defeats Wellington phoenix returned to the home game in their next fixture against Perth Glory. The Glory holds the back of a long run of winless games.

Phoenix to rise at Glory's expense

Wellington Phoenix made two successive disappointments recently but they have done a lot better in the home stadium. The Nix are unbeaten from the last six home attempts, winning five of them. On the other hand, Perth Glory are not putting in enough effort and are yet to win from the previous seven games, getting five defeats. Back the H2Hs, the Yellow Army are also winless in the last three meetings and registered two victories in that course. So the hosts seem in the high potential to get back their home winnings track in this game.

Scorers from both sides of the aisle

Besides their last away defeat, Wellington Phoenix has scored in all of their recent games. The hosts have also held strong defence and leaked only four goals, getting two clean sheets as well. On the other side, Perth Glory has been unable to find the target in two of the last three games. So we don’t see both teams getting on the scoreboard at the same time and predict the lead for the guests with a clean sheet.

Wellington Phoenix vs Perth Glory: Check out the best odds and the latest stats

Wellington Phoenix vs Perth Glory: Check out the team lineups

The Nix were thrashed by a 0-4 result in their last game against Newcastle Jets. Having six wins and three draws in the 15 games, Wellington Phoenix are seventh in the standings. The team can also get better as they have games in hand than many other teams. Alex Ruffer will miss out on this game due to cruciate ligament rupture.

The Glory continued their awful streak to a 1-4 defeat in their previous game against Brisbane Roar. The team has registered only three victories in the 16 games and lost nine, staying at the last position on the points table. The only positive thing in the team at this time is the complete healthy squad available for the coming match. 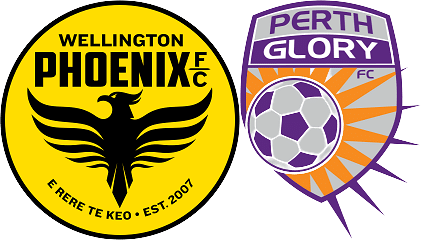