Round 12 of A-League action brings together Wellington Phoenix and Melbourne Victory together at the Sky Stadium. The hosts' trail Victory by five points after cutting down their lead by six points in their last two outings.

Wellington Phoenix enters this fixture on the back of two successive victories in A-League. Sandwiched in between these triumphs was their bowing out of the FFA Cup. That happened courtesy of Melbourne Victory, their rivals for their next home affair. It was a 4-1 thrashing at the Marvel Stadium and we are backing Victory to repeat their heroics in the domestic league competition. The margin of victory might not be the same but the result should be.

The Nix has been all over the place since mid-December. It's either boom or bust as evidenced by their four wins and three defeats in all competitions. Nevertheless, the New Zealanders will be pleased with their scoring heroics as they have only been shut out once in this period. Melbourne Victory has gone through a similar phase but with much more positive results. They are unbeaten in their last nine fixtures, with both teams hitting the back of the net on each occasion.

Wellington Phoenix vs Melbourne Victory: Check out the best odds and the latest stats

Wellington Phoenix vs Melbourne Victory: Check out the team lineups

Ufuk Talay has designed Wellington Phoenix's return to playoff contention with successive victories. The Nix managed to outscore their rivals, with improvements in performances in either thirds of the pitch. Continuing their run will be difficult as their Melbourne Victory were responsible for their ousting from the FFA Cup.

Tony Popovic will be unfazed by Melbourne Victory's results at the Sky Stadium. His charges had dismantled the Nix 4-1 in their meeting at the end of January and more of the same will be expected from them. The learnings from that meeting should help them add to their away form which already stands at seven wins and a draw across all competitions. 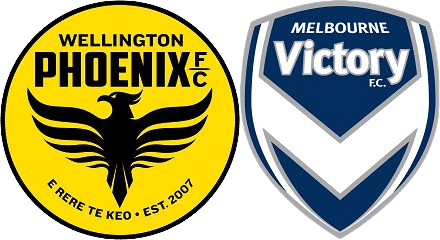 Who won the last h2h? 4-1 in favour of Melbourne Victory.

Where is the game being played? Sky Stadium.