Injuries can happen in the AFL, we all know that. But with that said, certain injuries can have more of an impact on the individual, the team, and ultimately, the entire season compared to others. As we approach the mid-point in the AFL season at the time of writing, we figured we’d address some of the injuries that have made headline news, and look at the impact this could have moving forward. Of course, nobody likes to see such injuries, but it’s a factor of sport that none of us can escape, and it’s important for a team to understand how to adapt to what’s occurred. Whether it’s a star player that is lost, a versatile substitute, or a team leader, it all needs to be accounted for and for subsequent adjustments to be made.

Now, let’s kick things off with one of the most impactful of all on our AFL injury list.

Rather than bore you with a list that contains every single AFL injury that is currently documented, we’d like to condense things by issuing you with 7 injuries that could prove to make quite a difference. Without further ado, let’s get started.

Conduct a quick search for ‘AFL injury list’ on Google and you’ll see this man’s name on almost every article. We all know how influential McGrath can be for Essendon, and his recent knee issues will have him sidelined for anywhere from 8-12 weeks. Of course, this is far from ideal, and when you look at the guys that Essendon has to replace him, there is a clear weakness in the team – which hasn’t helped their campaign whatsoever. With Essendon currently sitting in mid-table, it would seem that the absent vice-captain is already being sorely missed, and given that the injury has been documented as a torn PCL, he could well miss the remainder of the season. This would obviously be terrible for McGrath, and we just hope his rehab efforts go well so that he can get back in the game and wow us with some more of his talents. 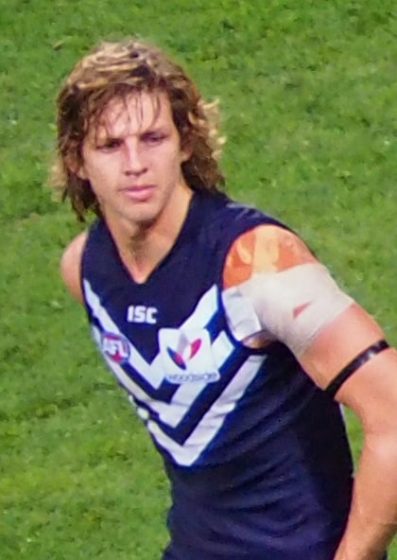 This is another significant injury that has recently come about, with Nat Fyfe being a key player for Fremantle that has now damaged his shoulder. Most people that follow the AFL are firmly aware of this problem, but no reports have specifically been given yet for the actual damage, and how long he might be out for. But it gets worse for Fremantle too, given that during the 12th game loss to the Bulldogs, they lost several other important players in the process – not just Fyfe. This will obviously cause significant problems in terms of putting out their A-team for upcoming games, however, there is a silver lining to this one.

Following the dislocation of his shoulder in the Bulldogs game, many feared that Fyfe would require surgery and miss the remainder of the season. But over the last few days, medics at the club have speculated that he might make a return for as early as round 15, but nothing has been confirmed as of yet.

Being at the top of the table, it would seem that Melbourne is flying high, although it’s not all sunshine and rainbows in the camp. In fact, there’s a rather dark shadow in the dressing room given that Adam Tomlinson has suffered a horrendous injury to his ACL during a win over North Melbourne back in May. As he limped off the field, fans looked on in horror, and Tomlinson was visibly devastated about the injury. Then again, Melbourne is one of the teams from this AFL injury list that has kept a great reserve player in their ranks, in the form of Harrison Petty. He has managed to step up to the plate while Tomlinson nurses himself back to fitness, and in some way, this might be good for Melbourne to create better depth for this specific role on the field.

North Melbourne, unfortunately for their fans, are currently at the wrong end of the table. In fact, they are sitting in dead-last as things stand, which means that it’s even more important to have players fit and healthy to compete and get off the bottom spot. However, this isn’t something that poor old Aiden Bonar will be helping them to do right now, as he is in the process of arranging surgery to correct an issue picked up earlier in the season. If you follow North Melbourne, you’ll be all too aware of the importance of Bonar on the team, although it’s not all doom and gloom. As far as players on this AFL injury list go, Bonar is expected to make a rapid and full recovery following successful surgery, with reports that he might be back as early as round 15. Then again, doctors can only make such guesses based on similar injuries, and the recovery process can be different for each individual. 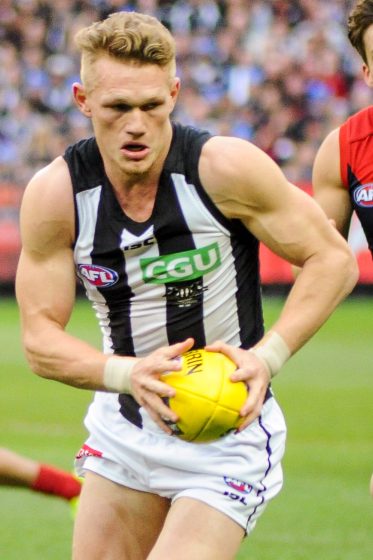 Given that the Bulldogs are making a real push to try and lift the title this year, this news is terrible for both players and fans. His exact injury is described as syndesmosis, which is essentially a fancy medical term to say that there is serious ligament damage in his ankle. This injury was picked up several weeks ago now, and things really didn’t look good for Treloar as he finished the evening with a boot around his foot. But then again, he picked up the injury around 3 weeks ago now, and the initial report indicated that he’d only be missing for up to 7 weeks. Therefore, when you run the math, it could well be the case that Treloar is back in action in around a months’ time, which would be welcome news since the Bulldogs have some big games coming up towards the latter stages of the season.

Then again, it does depend on how the required surgery goes, and it also depends on how his body recovers following his rehab. But given the shape and health that Treloar seems to be in, we are sure his recovery will be quite speedy.

It would seem that Sam Simpson just can’t catch a break in recent months, as he has sustained a number of injuries. In fact, if we were to produce an AFL injury list on a monthly basis, Simpson would probably appear more often than not. However, for his most recent injury, Simpson damaged his hamstring during a hard-fought game a few weeks back, and while initial reports were quite favourable, he still hasn’t returned to the field with full fitness. Then again, compared with the other injuries we’ve mentioned, it’s quite promising that Simpson has managed to come back and play already, even if it was clear that he wasn’t 100%. The only concern for us is that he doesn’t come back and try to play too hard, for too long, before he is absolutely sure that the injury has healed.

After all, hamstrings can be a little tricky, and with the physical exertion that Simpson is well-known for on the field, we have a feeling he won’t want to hold back.

The Brisbane Lions has been one of the most unfortunate of them all on our AFL injury list, especially with the loss of Gardiner in recent weeks. In mid-May, Gardiner dislocated his shoulder on the field, which is never a pleasant injury, and early reports were not good. Even now, it is still estimated that Gardiner will miss pretty much the remainder of the season, although he could be fit for the finals should Brisbane make it there. Then again, if he was fit and healthy for the finals, he certainly won’t be in the best of shape and he won’t really have any kind of form to give him confidence either. So to be perfectly honest, this is one of the most impactful of all from our AFL injury list, as Gardiner will basically be done for the season.

Since he is such a tremendous defensive player, this will certainly put a weakness in the Brisbane backline, and it’s one that they don’t really have a great replacement for either. But with that said, let’s keep our fingers crossed that Gardiner’s recovery goes well and that he is fit to play sooner than anticipated.

We will be monitoring the progress and developments for all of these injuries very closely, and if you are an avid AFL fan, you will probably be doing the same! And regardless of each team’s injuries, we are wishing the mentioned players the speediest recovery possible, as above all – we want to see plenty more competitive AFL games for the remainder of the season!