The A-League is one of the most followed professional sports leagues in all of Australia, and this is primarily why this topic receives so much attention. No matter which team people support, there is always common ground to be found when looking into who the best players are, and why they are viewed as such in the first place. Whether it’s goal-scoring, goalkeeping, creative plays, assists, defending, or whatever else – there is always a player that rises to the top and cements themself as one of the best. As it happens, this is precisely what we will be taking a closer look at right here.

We will be identifying the facts and figures that contribute towards the top A-League players being ranked right up there for the 2021 season. So, if you’re ready to find out exactly who these guys are, just join us by reading through the information below.

We may as well kick things off with the top scorer in the A-League for the 2021 season – Jamie Maclaren. Of course, he is the main forward for Melbourne City, and can you believe it, of the 42 goals this team has scored so far this season, Maclaren has scored 20 of them. Things get even better when you see that Melbourne City has actually only played 18 games too, so mathematically speaking, Maclaren is scoring more than 1 goal per game. He is absolutely miles ahead of the next top scorer in the A-League too, which is Matt Derbyshire with 11 goals to his name.

One might say that not only is Maclaren clearly one of the top A-League players as far as statistics go, he is also one of the best for his overall team contribution. Without him, it’s hard not to think whether Melbourne City would be quite the same team, and there's still plenty of time left this season for him to add to his already impressive tally of goals. 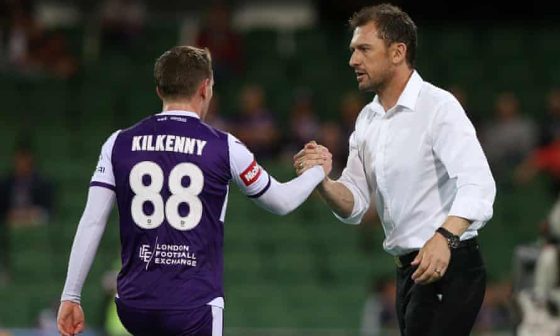 Although everybody loves a great striker, there is often a star man behind him who is feeding him with great goal scoring opportunities. It’s hard to think of a player that fills this role better than Kilkenny, as he currently is the joint top leader for assists, with 7 from 17 appearances. He is tied at the top of the tree alongside Alessandro Diamanti, and both guys are incredibly creative at finding goal scoring opportunities for their team’s main strikers. But focusing back on Kilkenny, he is very efficient at putting in quick passes, crossing the ball if the direct route is not the best, and holding the ball up for more players to join the attack if necessary. As a true all-rounder, Kilkenny deserves his spot on this list.

Now that we’ve covered the strikers and assists department in the A-League, we now find ourselves in the passes department. And nobody does it better than Curtis Good at this current moment in time. In terms of successful passes completed, Curtis Good is way ahead of the rest, with 1,403 passes completed in just 18 appearances. It’s not like these passes are just possession keeping passes either – they are regularly whipped into the box from long range, they are played as quick one-twos to create space, and of course, they are insanely accurate. Since Curtis Good currently plays for Melbourne City, you can only imagine the fear factor that the combination of Good and Maclaren has on the other teams.

While this is all impressive, it’s actually surprising that Good is played as a defensive player on the whole. This means he is great at knocking the ball out of the danger zone, but he is also great when darting up the field to join the attack.

As we touched upon briefly, Diamanti is the joint A-League leader in the assists department, with 7 assists from 16 appearances – one less than Neil Kilkenny as it happens! And it’s not just assists where Diamanti excels, for he is also third in the league standings when it comes to crosses. He is particularly efficient at doing this, mainly thanks to his pace, his strength, and his vision for picking out the most dangerous pass possible. Then again, out of the many top A-League players mentioned here, Diamanti is one of the few that has spent a lot of time overseas at the very highest level – mainly in Italy. This history has no doubt helped him to emerge as the player we all enjoy watching today, and even at 38 years old, Diamanti still has a few tricks up his sleeve!

Switching categories again now, we feel that a goalkeeper should receive the recognition he deserves for keeping things solid between the posts. This man would be Andrew Redmayne, the current A-League leader for saves, with 75 to his name. Currently playing for Sydney FC, Redmayne is a bit of a panther on the field, and his talents have helped Sydney FC to have the third-best defensive record in the entire A-League. Of course, it’s not just the goalkeeper that helps to make this a reality, but when he’s saving shots from inside the box, outside the box, from corners, and from penalties, it’s obviously a massive boost to the defensive line-up as a whole.

He is also one of the more experienced goalkeepers out there, being 32 years of age, and having played at multiple levels, both for club and country. While it might seem a bit of an exaggeration to say that Sydney FC wouldn’t be as good without him, we can comfortably say that they would have let in more goals without Redmayne between the sticks.

If you look at where goals seem to come from in the A-League, unless they are coming directly through the middle of the park, they tend to come from a cleverly placed cross from outside the box or on the wing. And with that said, Craig Noone is an absolute expert at this exact pattern of play, which is why he is one of the top A-League players not only in assists but for crosses too. In fact, he is at the top of the tree for the latter, with 165 successful crosses to his name for the current season. This is a whopping 22 more than his nearest rival, and as you may already know, when he does make a successful cross – there tends to be one man on the end of it, Jamie Maclaren.

Now in his early 30’s, Noone has actually played most of his professional career in England, where he is from. And we all know how competitive things can get over there, which is probably why Noone seems so sharp in this category. 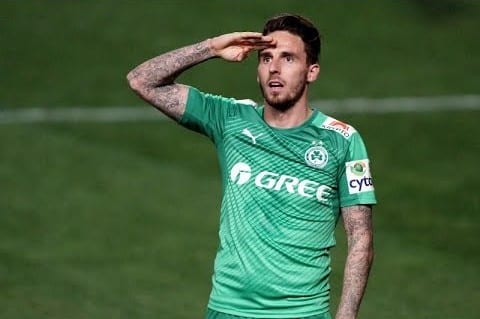 Finally, we couldn’t wrap this up without mentioning Matt Derbyshire. While his record of 11 goals in the A-League this season is somewhat dwarfed by Maclaren’s 20, he is still a heck of a striker. Although he has only played for Macarthur FC since 2020, he has already made quite a name for himself. Challenging Jamie Maclaren in the goalscoring tables is no mean feat, and when you see what Derbyshire is capable of on both his right and left boot, it’s no wonder he’s where he is on the strikers’ leaderboard. Sure, he’s not quite as nippy as he was in his youth, but he is still capable of firing in some absolute thunderbolts from long range, and he is pretty delicate in close quarters too.

If you’re wondering about his overall impact on the team, Macarthur FC has scored 24 goals this season, and 11 of them have come from this man's boot. This tells you all you need to know really, not only about his skills as a striker but about his ability to impact a game and lead a team too.

Strangely enough, Wenzel-Halls’ attitude on the pitch kind of reflects his team name – Brisbane Roar. We’ve put him down as one of our top A-League players mainly because of his commitment to the game and his sheer intensity on the field. You just can’t help but fix your eyes on his game when he is storming all over the field and swinging in shots on goal from all angles. As it happens, he has recorded the third most shots of anyone else in the A-League, with 52 to his name. This puts him behind just two players – Jamie Maclaren and Matt Derbyshire. But while his shots may not result in a ton of goals, his activity and attacking play undoubtedly piles on the pressure for his opponents.

For this reason, we just had to get Dylan Wenzel-Halls down as one of the best in the business right now. Another well-known league in Australia is the AFL. Check out our list of the top 10 AFL players.