Top free betting tips and odds for Sydney vs Kaya

Following the back-to-back defeats, Sydney FC hosts Kaya FC for their next engagement in the preliminary round of the AFC Champions League. The Lions enter the stadium on the back of four consecutive victories that they managed last November.

The results of Sydney FC have gone from bad to worse as they conceded their successive third defeat in the recent game. The Sky Blues are winless from the last five games. On the other hand, the Filipino club, Kaya registered consecutive victories last year. But the AFC Champions League has been a tough competition for them where they hold the record of six defeats in a row before this game. Kaya also has lost three of the last four away games. Therefore, we expect the hosts of the game to take the home advantage and manage the lead.

Sydney FC has been unable to score at least two goals in any of the last five games. So A low-scoring outcome would be our second pick for this match. The hosts have found the back of the net only three times in the last five outings. Kaya FC has also scored only two goals in the last two games. Despite not getting fair results, Sydney FC has scored in all of the last four games in front of their home fans. While on the other hand, Kaya didn’t score in four of the last five outings of the international event. So the trip to Netstrata Jubilee Stadium might be a tough challenge for the Lions and we predict the home win for Sydney FC with the clean sheet as well.

Sydney vs Kaya: Check out the best odds and the latest stats

Sydney vs Kaya: Check out the team lineups

The Sky Blues have proved the worst teams of the current season of A-League that played the most number of games, 16 but managed only four wins. The team lost an away game in their last attempt against WS Wanderers by 2-0. Sydney FC stands in the sixth position with 18 points in the A-league. Michael Zullo and Luke Brattan won’t be able to make the appearance on the field due to fitness concerns.

The Lions would be eager to start where they left off last year with home wins. But they will have to be disciplined in an away challenge as Kaya has lost three of the last four away outings. The team finished the previous season of the AFC Champions League at the last of the table. The Club manager Graham Harvey has a fully healthy squad available for the selection of the coming game.

Questions About Sydney vs Kaya 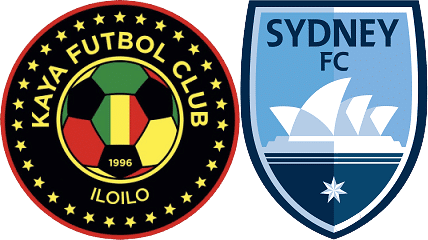 Who are the players to watch out for? Anthony Caceres (Sydney) and Robert Lopez (Kaya).