Sydney FC search for their first win of the AFC Champions League when they take on Jeonbuk Motors in the next fixture. Warriors follow the unbeaten streak to enter this game.

Jeonbuk to pile on Sydney's woes

Sydney FC are getting worse in the tournament with every game and has got the back of two consecutive defeats. On the other hand, Jeonbuk Motors have made two wins in the last three attempts and are yet to lose in the previous eight games of various competitions. In the H2Hs, the Warriors have also been undefeated against the Sky Blues and won one of the last three. Following this and the recent terrible form of Sydney FC, we expect a victory for Jeonbuk Motors.

Both sets of scorers to shine

After failing to score in the opening game of the competition, Jeonbuk’s front line recovered and scored in all of the last three attempts. However, Sydney’s attack didn’t seem prepared in the campaign and remained goalless in three of the previous four games. Moreover, the Warriors also kept three clean sheets in the last four outings and two in three H2Hs. So the Sky Blues will be in trouble again and are likely to miss the target in this game.

Sydney vs Jeonbuk Motors: Check out the best odds and the latest stats

Sydney vs Jeonbuk Motors: Check out the team lineups

The Sky Blues conceded their second defeat of the AFC Champions League against the same rivals, Yokohama F. Marinos in the last game. Having the back of an unfavourable streak, Sydney FC stays at the last of the table. The club gaffer Steve Corica will have to contend with two players on the injury list coming into this game.

The Warriors ended their winning sequence and dropped two points in the last game in a 1-1 draw against Hoang Anh Gia Lai. However, staying away from the defeat in the competition has made the team stand second in the points table. Yong Lee and Min-kyu Song are having medical issues while several players are out of this game due to suspension.

Questions About Sydney vs Jeonbuk Motors 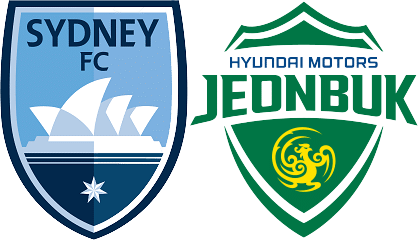 Where is the game being televised? Diema Sport, Paramount+ (Aus), Sport 1 (Ukr).

Where is the game being played? Thong Nhat Stadium (Ho Chi Minh City).