The fixture at Thong Nhat Stadium sees Sydney FC fighting it out against Hoan Anh Gia Lai for their second engagement of the AFC Champions League. Both teams arrive at the venue after the winless games.

Sydney to triumph over Gia Lai

Sydney FC had been making turns of wins and draws in A-League but managed to end their last game in a draw. However, Hoang Anh Gia Lai seems to be in more trouble, who have got just one victory in the previous games of various competitions. The Mountain Town are also yet to get their first win of V.League 1. Given these stats, we don’t think a reasonable comeback from the Vietnamese club and the Sky Blues will be favourites to have a lead at the end.

Despite the inconsistency of results, Sydney FC has managed to give an average of two goals per game in the last five attempts. But the opposition appeared effortless in this regard and added a total of only three goals in the previous five games. The Mountain Town also failed to score in the last two duels away from home. So there seems no chance to witness a high total in the teams’ first H2H.

Sydney vs Hoan Anh Gia Lai: Check out the best odds and the latest stats

The Sky Blues concluded their first game of the group stage in a draw of 0-0 against Jeonbuk Motors, getting on the second of the table. Having a lack of wins, Sydney FC are at the seventh position in the points table of the A-league. The club manager Steve Corica will report two players on the injury list ahead of this game.

The Mountain Town started their AFC Champions League campaign with a 1-2 defeat against Yokohama F. Marinos. Hoan Anh Gia Lai also didn’t get a favourable start in the V.League 1 and see themselves at ninth after four league attempts. All of the players of the squad will be ready to enter the field without fitness concerns. 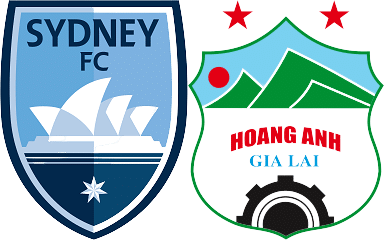 Where is the game being televised? CMore (Fin), CMore Sport (Fin).