Sydney take on Adelaide United in the key A-League play-off semifinals this weekend hoping to book their place in the final. The game takes place at the Netstrata Jubilee Stadium in Sydney.

Sydney FC have been superior in many aspects of the campaign. They have had a fortnight to prepare for this encounter. Adelaide have done well in recent away matches, but head-to-head record against Sydney leaves a lot to be desired. Sydney are on a five-game winning streak that will give them a lot of confidence.

Even though Sydney have been brilliant going forward, the ultimate success of the team has been with regard to keeping the opposition at bay. Sydney have managed four clean sheets in the last five matches. Yet, Adelaide are best placed to breach this defence with Carl Veart’s men scoring in all but one of the away matches this season.

Adelaide have been quite good going forward and they can pose problems to this Sydney defence, which has been able to pride itself over a string of clean sheets in recent matches. Sydney are in a fantastic position to reach the finals, but they might just end up conceding a decent number of goals like they have done in recent games against Adelaide. Sydney have no clean sheet in the last six meetings against Adelaide.

Top Betting Odds and Stats for Sydney vs Adelaide United

Sydney are strong favourites to reach the finals and the team has justifiably performed very well over the course of the campaign. Melbourne City have been superior to any other team in the league this season and it is remarkable that Sydney have only finished two points behind Patrick Kisnorbo’s men. After such a campaign, anything less than a title success would be seen as a disappointment by Steve Corica.

Adelaide had an exceptional away run to get to the semifinals, where they are just a good performance away from getting to the finals. For a team that had to scrape through into the top six, this is a remarkable achievement and it has been built on back to back away wins. Veart would be glad that his team has more away games to deal with.

Questions about Sydney vs Adelaide United 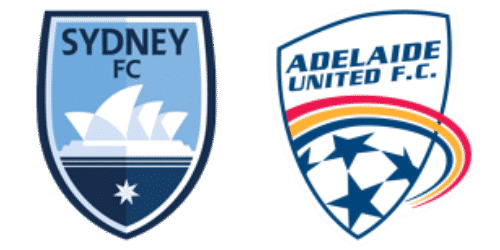 Where is the match scheduled? Netstrata Jubilee Stadium

Which team is the favourite to win? Sydney FC