Both Spain and Ivory Coast are unbeaten at the Olympic Games but something has to give as they meet. What side will taste defeat? Find out with our Spain vs Ivory Coast match preview with free tips, predictions and odds mentioned along the way.

Spain to advance with win

Making a prediction on the match result of Spain vs Ivory Coast is tough; their form is near identical at the games with two draws and a win each. We won't sit on the fence though and back Spain to edge the match. They've scored in their last two games and have conceded just the one goal since landing in Tokyo; those stats combined with the sprinkling of creative talents they possess in their squad should be enough for them to get over the line.

If the match result prediction was something that needed to be finely dissected then the over/under goals tip came along a fair bit easier. Spain and Ivory Coast have played a combined six matches at Tokyo 2020 with just one of the matches exceeding the 2.5 cut off. On top of that, their game averages are well south of the all important number too. For Spain, their three games have offered up three goals. Obviously, that's an average of 1.0 per match. Ivory Coast come in slightly higher with five goals but, even so, in goals per game terms it's still only 1.7. It's tough to see things changing too much here.

A nil to feature in the score line

Our final prediction is for at least one team to blank in the match. The tie is evenly balanced and, as suggested in the previous tip, we don't anticipate loads of goals, which is why we're not backing a Spain clean sheet; it's nice to spread our cover a little! Spain have kept a clean sheet in two of their three games in the tournament so far with Ivory Coast failing to net once; it's not all about hitting the net though. If you've watched the matches you'll see that Ivory Coast lack a cutting edge; they had two shots on target in game one, blanked against Brazil in two and then had just two a giant Germany. With Spain not giving much away and Ivory Coast likely to think defence first, it doesn't scream of an end to end affair.

Check out the formbook ahead of Spain vs Ivory Coast

Spain to edge to victory

Spain have looked efficient so far. They've drawn two games and won another to top their group and haven't given up many chances either; it's hardly a shock when the three players in the heart of that rear guard – Unai Simon, Eric Garcia and Pau Torres – all played at the Euros. At the top end, players like Mikel Oyarzabal and Marco Asensio can make the difference.

Ivory Coast have had a very similar experience to Spain in Tokyo; they won their opening match before taking credible draws against Brazil and Germany. Those two draws are potentially a better confidence injection than the win against Saudi Arabia. If they're to beat Spain though they will need to offer more in the forward positions; a lot of the attacking thrust will need to come from Franck Kessie but Max Gradel is capable of producing in the key moments too. 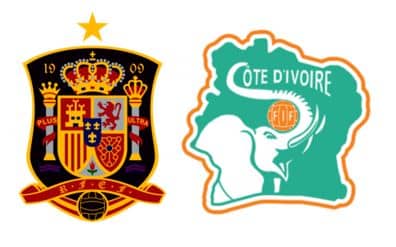