This preview looks ahead to Romania’s final group game against New Zealand. The match, which takes place at the Sapporo Dome, has big consequences on the progression to the final stages of the Tokyo Olympics.

Romania U23 vs New Zealand U23 Top Free Betting Tips

After a winning start, Romania were brought back to earth by a humiliating 4-0 loss against South Korea. New Zealand suffered a late defeat to lose the 3-2 thriller against Honduras and put them outside the top two places going into the last game.

New Zealand might have lost the game against Honduras but it was mightily close. The team will find itself in a better position if not for conceding the late winner. Romania will be low on confidence after the crushing loss against South Korea. Despite having brought a strong squad, Romania may lack the confidence required to come up with one final push.

The opening matches for New Zealand and Romania produced a tight encounter, but the upcoming game could be vastly different as both need to go for a victory to have any chance of qualification to the final stages. This might result in an end-to-end game that will produce a lot of goals.

New Zealand have benefited from the presence of an experienced forward like Chris Wood, who has already scored two goals in the group stages. After scoring in back-to-back games, Wood is showing the kind of form and momentum that will make him a threat against any team.

Romania U23 vs New Zealand U23: Team News and Match Preview

The campaign which started in such a promising fashion with the unlikely win over Honduras is threatening to end in disappointment for Romania, who would not have been prepared for the crushing loss against South Korea. Now, there is very little time left for Mirel Radoi to pick up his players.

Questions about Romania U23 vs New Zealand U23 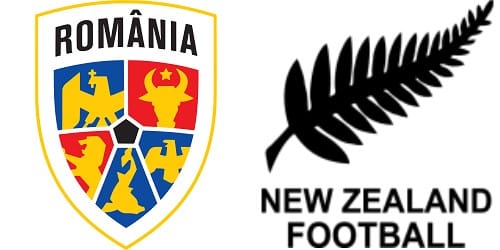