Ahead of this May 16th game, why not look at our Perth Glory vs Sydney Wanderers betting tips to guide you in the right direction?

While the Perth Glory vs Sydney Wanderers odds above are correct right now, over the coming days they will inevitably change.

This game might not be considered as a battle of the heavyweights, but it’s one that should still be highly entertaining. Currently, Perth Glory is sitting in 10th place, whereas Sydney Wanderers are biting at the ankles of the qualification zone, in 7th. As you can see, they are extremely close in terms of standard and form, which makes finding an obvious winner in this one rather difficult. It’s all the more difficult considering that Perth Glory actually has 3 games in hand over Sydney Wanderers, and if they won all 3, they’d actually be on a par in terms of overall points.

With very little to choose between them, all signals would suggest a draw, but anything could happen on the day. There also isn’t really any obvious playmakers that could swing the game in either direction, with the top scorer between them being Fornaroli, with just 8 goals for the season. And in terms of recent form, the picture gets all the more clouded. Sydney Wanderers have won just 1 in their last 5, and Perth Glory hasn’t won any. Needless to say, each team isn’t high on confidence, but surprisingly, they’ve both been able to find goals in most games.

So even if the game might not be the highest standard, we are sure to see drama, and the statistics show that we should really see plenty of goal action too. It’s going to be especially exciting if you are a fan of either team, since Sydney Wanderers are bidding for a playoff position, and Perth Glory is not out of the running by any means. This alone suggests that both teams will be playing hard to get the win! You could also place a bet on the other A-League match happening on the same day – Melbourne City vs Wellington Phoenix. 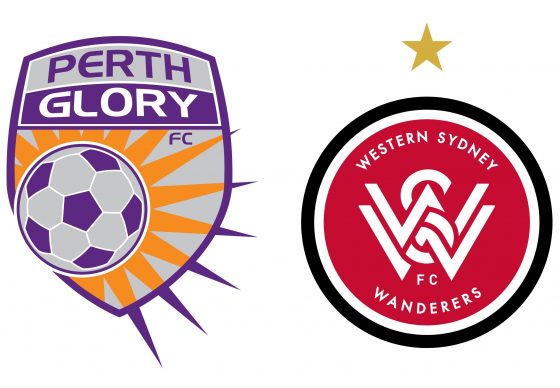 Game to end in a draw

It’s always somewhat difficult to try and predict a draw in a soccer game, but in this one, we feel it is appropriate. Neither team has shown staggering form of late, and neither team has managed to put back to back wins together – they’ve barely managed a win at all, actually. In fact, of the last 5 games for each team combined, 4 have resulted in a draw. So, at a 40% draw rate combined, we believe it’s a good shout to go for this result.

Once again, this is a tricky one, but given the goal-scoring figures for each team over the last five games, this match could easily have over 2.5 goals. Perth Glory has hit the back of the net at least once in 2 out of their last 5, and Sydney Wanderers have scored 11 goals in their last 5. That’s pretty impressive stuff, even if they haven’t managed to win more than 1 game. So, when you look at the average, it’s logical to shoot for over 2.5 goals, especially with those odds.

Fornaroli is actually the joint 4th top scorer in the A-League, despite the fact that he has just 8 goals to his name. Sure, he hasn’t been in prolific form of late, but then again, he hasn’t really been in unbelievable form all season. With that said, he’s still a very talented player that can easily grab a goal on his day, and the odds are almost too good to pass up for this market. If he plays the entire game, you’ve got a whole 90 minutes where your bet still has a chance to win too.

Which bookmaker has the best Perth Glory vs Sydney Wanderers odds?

Well, the three bookmakers we’ve listed above all have very good odds for this match. Of course, some bookmakers may offer different odds for the same market, but these three are the best overall.

Could the odds change drastically in the build-up to the game?

We wouldn’t say that the odds will change drastically, but they will certainly move somewhat, yes. The direction they move in will depend on whatever news comes through relating to injuries, as well as how the teams perform in their games before this one.

How much must I bet for it to be accepted by an online site?

You don’t need to bet much at all really. Most online bookmakers will accept your bet as long as you meet the $1 minimum, as standard. Of course, if you want to bet more than this you can, but please gamble responsibly.

Are the bookmakers mentioned here all fully legal?

Yes, all of them. This is proven by the valid gambling license that each brand holds, and they’ve also been in the game for a number of years too.

How many markets might I be able to bet on for this game?