Melbourne Victory has another away challenge in the A-League when they visit Perth Glory for their next fixture. The Glory holds a terrible streak of winless games ahead of this game while the Victory made a victory in their recent game.

Victory for fourth away triumph

Perth Glory couldn’t get rid of the poor form and are still the worst team of the season, having only three wins so far. The hosts have also been unable to take advantage of home and are winless from the last seven attempts in front of their fans, losing five of them. However, the Big V has made a return to the winning track after five winless games. Melbourne Victory also has domination in the recent H2Hs at the Glory’s home, winning three of the last six duels.

Most of the recent H2Hs of these teams displayed a total of over 2.5 goals but the recent scoring of both sides is pointing out to witness a change of trend. Perth Glory has found the back of the net only four times in the last five attempts and has been even worse in the home games, scoring only two in the same number of games at their camping ground. The Victory has also scored only five goals in the recent five league outings.

Perth Glory vs Melbourne Victory: Check out the best odds and the latest stats

Perth Glory vs Melbourne Victory: Check out the team lineups

The Glory made an incredible start to the previous game by scoring two goals in the first 20 minutes, but held the poor defence and ended in a 4-2 defeat. Perth Glory are still at the last of the table, losing 11 times out of the 19 games. The club manager Richard Garcia owns a fully healthy squad for the coming game.

After ending consecutive four league games in a draw, the Victory took the victory in their last game with the help of an early lead of 0-1. Melbourne Victory has a chance to make a difference in the points table as they are fourth with 28 points, having more games in hand than many other teams. Robbie Kruse will miss out on the game due to his knee injury. 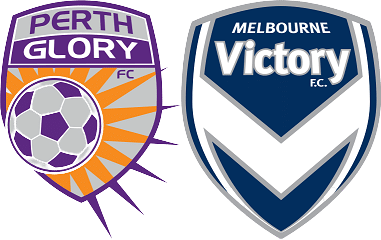