Following the winning streak in the Thai Premier League, Pathum United arrive in the AFC Champions League to play their first game of the group stage against Melbourne City. The Heart were involved in an away defeat before entering this game.

Pathum United have played consecutive home games recently and recorded a remarkable winning sequence. However, Melbourne City has also won four of the last outings in the A-league. Additionally, City lost only once in the previous eight away attempts, winning six of them. So the stats promise to witness an exciting duel in this fixture and we predict an equal score in the first H2H of these teams.

Good night for both sets of goalscorers

Melbourne City’s front line was down to stay goalless in the previous away duel, nevertheless, hit the target in all of the recent matches before the last game. While on the other side, Pathum was never in doubt in the previous home games to have their name on the score sheet, scoring consecutively in the last 11 attempts. Both teams kept two clean sheets in the respective last five outings but following their scoring drift, we see each of them getting on the scoreboard at the end of the game.

Pathum United vs Melbourne City: Check out the best odds and the latest stats

Pathum United vs Melbourne City: Check out the team lineups

The Rabbits continued their decent flow of domestic league wins in the last game with a 3-0 victory against Nakhon Ratchasima. Pathum United are just five points behind the top position in the Thai Premier League, standing at the second. Chatchai Bootprom will be the only player to miss out on the game due to a cruciate ligament rupture.

Heart terminated their winless streak of seven away outings previously against Melbourne Victory by a 3-0 defeat. However, City are still at the top of the table of A-League, playing the most number of games. The club gaffer Patrick Kisnorbo will be happy to have all of the players available for the selection ahead of this game. 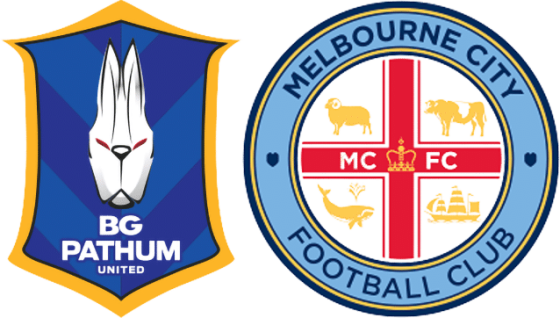 Who are the players to watch out for? Chatree Chimtale (Pathum United) and Stefan Colakovski (Melbourne City).

Where is the game being played? BG Stadium (Pathum Thani).