Australia ended their three-match winless streak with a 4-0 hammering of Vietnam. The Socceroos will want a similar result against struggling Oman as they travel to Muscat for Round 8 action.

A trip to Saudi Arabia proved to be too difficult as the Green Falcons continued their winning streak with a 1-0 result against Oman. Now back in Muscat, Oman will hope they get a positive result against the visiting Australians. The Socceroos will be tough to handle as they have been in their last five duels. Graham Arnold's men have won their last three meetings with Oman and we believe they will continue that trend in their search of the automatic qualifying slots.

Goals have not been easy to come for Oman in their recent outings. The Reds have only scored six goals in their seven qualifying fixtures. Despite this, thanks to their poor defensive performances, they have seen three of their last five fixtures conclude with Over 2.5 total goals. Graham Arnold's men are not perturbed by these problems and with 13 strikes to their names, are the leading scoring outfit from Group B.  Three of their last five fixtures have seen at least three goals during the 90 minutes of action and this meeting should not be any different.

Oman vs Australia: Check out the best odds and the latest stats

Oman vs Australia: Check out the team lineups

Despite being fourth in Group B, Oman still has the mathematical probability of qualifying directly for the 2022 World Cup. The first step will be to overcome their inhibitions against Australia, a team they have not defeated in five attempts. However, with two wins in their last four home fixtures, the Reds will continue to believe in their options.

Graham Arnold saw his charges go missing for three fixtures, the winless run derailing their qualifying campaign. The Socceroos are still in the hunt as they trail second-placed Japan by a single point. They returned to winning ways against Group B punching boys Vietnam and will need to continue in the same stead against Oman.

Questions About Oman vs Australia 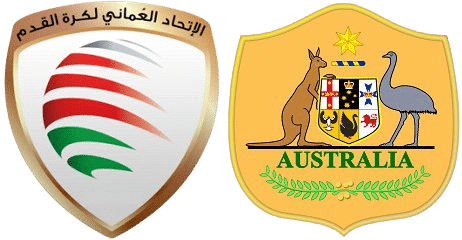 Where is the game being televised? CMore (Fin), CMore Sport (Fin), DAZN Japan, and Diema Sport.

Where is the game being played? Sultan Qaboos Sports Complex (Muscat).