Newcastle Jets hosts Western Sydney Wanderers for their next A-League commitments. Both sides enter this fixture following defeats in their last outings and will want better results to move up the points table.

Given the form of both Newcastle Jets and Western Sydney Wanderers, we are taking the road less travelled and keeping to caution. Neither side have been successful in recent weeks and can be depended on to give a decent result. While the Wanderers are winless in their last four A-League, the Jets have won twice and lost the same amount of games in this period. Given the Sydney natives' form, the Jets should be able to win or cancel their efforts out.

While we are cautious in our approach to give the ruling on the final match result, we are confident about what to expect in terms of goals. Goals. Lots of them. Despite the difference in matches played, both sides have conceded 19 goals apiece. The Jets have reached this tally while playing two fewer games. However, they are also confident in going forward with 17 strikes to their names. After scoring twice against Western United's stern defence, Sydney will be confident in their abilities and we should be entertained to a high scoring affair.

Newcastle Jets vs Western Sydney Wanderers: Check out the best odds and the latest stats

The A-League bottom floor is thin with the last four sides equal on 11 points. The playoff slots are in sight but will require consistent efforts to get a hold-off. The Wanderers have a good chance with two matches in hand over their rivals but will need to embark on a good run of form to realize this. While their attackers can promise to deliver this, their defence will have to hold the line or else it will all be for nothing.

Steven Ugarkovic and Tomer Hemed took the fight to Western United but the A-League leaders held their resolve. It was United who earned the three points on offer from the five-goal thriller while the Wanderers earned much-needed respect for their efforts. Mark Rudan must have walked confidently from the fixture and will want a better result against fellow strugglers Newcastle Jets. 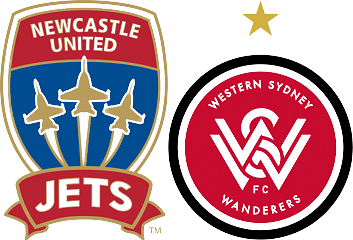 Who won the last h2h? Newcastle Jets and Western Sydney Wanderers played a 2-2 draw in the reverse fixture.

Where is the game being televised? BeIN Sport Connect, Bein Sports 2 (Tur), and BT Sport.