Newcastle Jets will be keen to continue their recent form of home victory when they host another game of A-League against Sydney FC on Friday, 25 March. The Sky Blues are also with the successive wins before this game.

Newcastle Jets got only one victory in the last five overall games but they have been quite better in the home stadium, winning three in the recent five and losing only one. However, Sydney FC wouldn’t be an easy challenge to hosts following their recently solid form. The Sky Blues had a series of winless games last month but they have now consecutive three victories of various competitions. The visitor also lost only once in the recent seven H2Hs against the Jets, winning three. So we would be backing the visitors to have three points at the end.

The front line of Sydney FC has made great efforts recently, scoring ten goals in the last three games alone. The Jets also enter the game after having a 4-0 home victory recently. They have also scored ten goals but in five recent games. adding more, four of the last five H2H meetings followed a high scoring. None of the last six meetings between these teams ended without a BTTS outcome and the recent scoring form of both teams also points out the same. Despite not having consistent results, the jets scored in all of the previous six games. while the Sky Blues are also scoring from the recent three games. However, three clean sheets in a row would help the visitors to restrict the hosts to a low score.

Newcastle Jets vs Sydney: Check out the best odds and the latest stats

Newcastle Jets vs Sydney: Check out the team lineups

After consecutive away defeats, the Jets confirmed their first league victory of the last four matches in the previous game at home against Wellington Phoenix. Newcastle Jets managed five wins in the 16 games so far but following their eight defeats, the club is at the tenth position in the table. Ben Kantarovski is still injured and won’t feature in this game.

Putting behind their successive defeats of the league, the Sky Blue got momentum with their third victory in a row against Western United. With that form going on, the team has managed to advance to the fifth position. However, Sydney FC needs consistency to stay in a reasonable position as they have played more games than many other teams. the manager Steve Corica will report two injuries before the game.

Questions About Newcastle Jets vs Sydney 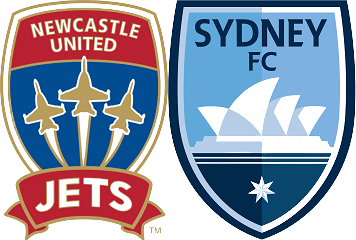 Where is the game being televised? Arena Sport (Svn), and BT Sport.