Perth Glory ended the 2021/22 A-League campaign on a high with a 2-0 win over Melbourne City. They will want to build on that result as they take on the challenge of Newcastle Jets in the Australian Cup.

Results of cup fixtures are difficult to ascertain and the task becomes difficult when both sides are equally woeful. Perth would look to put the season behind them with a win over Newcastle Jets. That task will be difficult for a side that lost nine of their 13 away fixtures. Six of the Jets' eight wins came at home and they should have enough in the tank to triumph in the Australian Cup fixture.

Perth Glory have had a turbulent time in front of the goal this season. They could only score 20 times this season from their 26 league outings. However, they did allow their rivals to have a joyous time on the pitch with 43 goals conceded. Newcastle Jets also allowed the same amount of goals on their way to a +2 goal difference. With the hosts seeing three of their last five outings conclude with Over 2.5 goals, we believe this fixture will follow the same trend.

Newcastle Jets vs Perth Glory: Check out the best odds and the latest stats

Newcastle Jets vs Perth Glory: Check out the team lineups

Despite finishing in ninth place, Arthur Papas has plenty of takeaways from the 2021/22 campaign. The Jets scored freely with 45 strikes claimed, the third-highest in the league. They were continuously disappointed by their defensive ailments, an area they need to work on ahead of the coming campaign.

It was a woeful season by any standards for Perth Glory. They could not stop their rivals from easily getting behind their lines and had nothing to show for at the other end. The appointment of Ruben Zadkovich as the interim coach did not alleviate their problems. A new direction is required for a team with successive losing seasons. 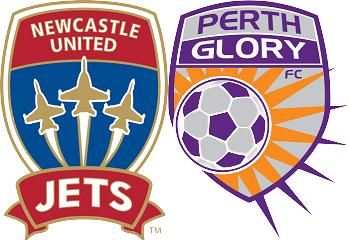 Where is the game being televised? BeIN Sport Connect, Bein Sports 4 (Tur), and BT Sport.