Newcastle Jets make their bid to move away from A-League bottom slot with a home fixture against Brisbane Roar. The visitors will be tough to handle, making their meeting at the McDonald Jones Stadium an enticing affair for fans and neutrals alike.

A month of inactivity was bound to rear its ugly head and it was evidenced in Newcastle Jets' 1-2 home defeat to Adelaide United. The Jets were undone by a late surge by United and will be more cautious in their meeting with Brisban Roar. We are backing the Doube Chance in their favour as Roar are winless in five away fixtures, tasting defeat four times and drawn once. However, the visitors claimed the bragging rights on their last two trips to the McDonald Jones Stadium and will not make it easy for the hosts.

The last four iterations of this fixture have seen both Newcastle Jets and Brisbane Roar get on the scoreboard. Arthur Papas' men have scored in each of their last five home fixtures, adding eight goals to their season's tally. On the other hand, the Roar have found it difficult to score on the road recently but should be able to hit the back of the net against a rusty Jets side that is seeking match fitness after a month of hiatus.

Newcastle Jets vs Brisbane Roar: Check out the best odds and the latest stats

Newcastle Jets vs Brisbane Roar: Check out the team lineups

Coronavirus interruptions have meant that Newcastle Jets return to league duty after over 40 days of inactivity. Arthur Papas will have to be wary of the fixture congestion and the workload of his charges. With the Jets already bottom of the rankings, the task has been complicated. However, with the attackers showing scoring efficiency, the Jets faithful will be hopeful of a climb up the points table.

Warren Moon will be in high spirits after Brisbane Roar's victory over Western Sydney Wanderers. The Roar made little work of their rivals as they claimed a 3-0 victory to jump over their rivals. It was their second victory in three matches and will head to McDonald Jones Stadium with confidence. However, it will not be easy as the Roar are winless in five away fixtures, losing on four occasions. 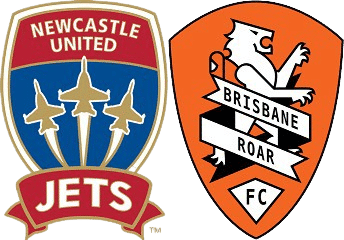