The Sevens Stadium will host New Zealand's international friendly against Uzbekistan. The Kiwis were emphatically beaten by Jordan in their most recent outing and will hope for a positive result against the White Wolves.

Jordan reigned supreme at the New York University Stadium as a rusty New Zealand had no answer to their attacking threat. The All Whites will want a better result against struggling Uzbekistan, who have lost their most recent four away fixtures. The visiting White Wolves did claim the bragging rights in their last meeting which finished 3-1 in their favour. However, given the poor away form of the Uzbeks, we are backing a win for the Kiwis.

Despite the results, goals have been a common theme in the international commitments of both New Zealand and Uzbekistan. The Kiwis have seen two of their last four fixtures conclude in this manner and this fixture should not be any different. Add the visiting Uzbeks recent form and confidence increases in our prediction. Four of the last five fixtures in which the White Wolves have participated finished with Over 2.5 total goals.

New Zealand vs Uzbekistan: Check out the best odds and the latest stats

New Zealand vs Uzbekistan: Check out the team lineups

The damaging implications of a year of inactivity was witnessed in New Zealand's international friendly against Jordan. With just three international fixtures in 2021, the Kiwis came up short against Jordan, who had been together in 20+ commitments. The All Whites have a long way ahead of them and will hope their second fixture in five days has a better outcome.

Unlike New Zealand, Uzbekistan were active during the 2021 calendar year. Srečko Katanec's men played 11 international fixtures winning five times and facing defeat in the remaining six. They have been on a poor run of late with four losses in their last five outings and will want to turn this statistic around.

Questions About New Zealand vs Uzbekistan 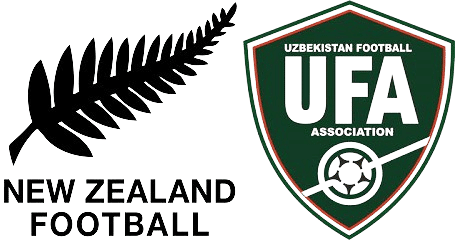 Where is the game being played? Sevens Stadium.