This is a preview of the second group B match for New Zealand and Honduras at the Tokyo Olympics 2021. The game will take place at the Kashima Soccer Stadium.

New Zealand U23 vs Honduras U23 – Top Free Betting Tips

New Zealand began their campaign with a 1-0 victory over South Korea thanks to a solitary goal from Chris Wood. Honduras were beaten by Romania in their opening group game by a 1-0 score. The top picks for this encounter are:

There are two teams are evenly matched coming into the game even if the opening group game results did not come with the same story. New Zealand were able to get a slender advantage thanks to a clinical bit of finishing from Chris Wood, while Honduras were limited to long-range efforts in the game against Romania. Both teams are suffering from a lack of creativity and they could end up drawing this encounter.

There was just one goal in both of the opening group games for New Zealand and Honduras. This once again highlighted their inability to create too many chances despite the presence of some talented players. New Zealand had the difference of Wood to get them through against Korea. After failing to score against Romania, Honduras might grab at least a goal – even from a long-range effort.

Chris Wood was able to score with his best chance of the game against Korea. Despite the opposition having multiple chances throughout the 90 minutes, Wood made sure of the three points with his finishing. The Burnley striker had a decent end to the Premier League campaign with five goals in his last six games.

Top Betting Stats for New Zealand U23 vs Honduras U23

New Zealand U23 vs Honduras U23: Olympics 2021 Match Preview

New Zealand were able to deliver to the statistical expectations when they could only score one goal in the game against Korea. Despite being rich in terms of offensive forwards like Chris Wood, New Zealand do not create a lot of chances and the situation was once again highlighted against Korea. There should not be too much of a change on this front.

The defeat against Romania is a wake-up call for Honduras, who appeared to have a lot of strength in the squad. The lack of clear cut chances for the team, who were largely limited to long-range efforts, is a worry for manager Miguel Falero.

FAQs on New Zealand U23 vs Honduras U23 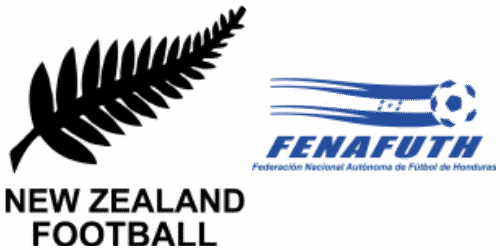