This preview looks ahead to Australia’s World Cup qualifier against Nepal, as the Socceroos aim to maintain a 100% record in the qualification campaign. The game will take place at the Jaber Al-Ahmad International Stadium in Kuwait City.

Nepal were at the receiving end of a 3-0 defeat as they lost to Jordan in the latest World Cup qualifier. Australia maintained a 100% record in the group stages by beating Chinese Taipei 5-1 at home. The top tips for this game are:

It has been an incredible qualification campaign for Australia, who have been able to show their superiority by a huge margin. The team has scored over 2.5 goals in four out of the last five qualifiers. Graham Arnold will be looking to end the qualification campaign on a high with the team taking on Nepal and Jordan – two teams who have conceded a lot of goals already.

Despite Australia’s immense record in the group stages, they have struggled to get clean sheets on a frequent basis. Chinese Taipei have scored in both legs against Australia to inflict a blow to the confidence levels of Graham Arnold’s men. Nepal, however, have struggled for goals with the team only scoring against Chinese Taipei in the last five games.

Nepal vs Australia: Match Preview of the Group B World Cup qualifier

Australia are favourites to finish the group B with a 100% record. They are no longer favourites to top the group as the objective will be to win all the eight matches. Australia have been the best team by a huge margin with the team scoring 24 goals from the six games.

Top Betting Odds and Stats for Nepal vs Australia

FAQs regarding Nepal vs Australia Coverage 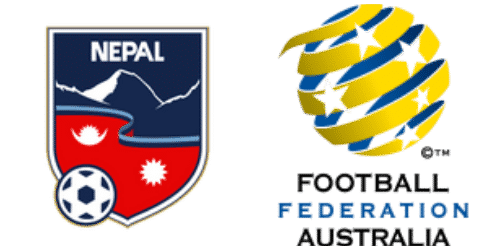 This match will be held at the Jaber Al-Ahmad International Stadium in Kuwait City.

Australia are other significant favourites to come out successful in the match.