A-League leaders Melbourne Victory return to action after 17-day hiatus. Sydney FC visits them at the AAMI Park with omen in their favour.

For a team that finished at the bottom of the rankings to claim pole position after eight rounds of action is a great achievement. Tony Popovic has managed this with Melbourne Victory as gods of fortune smile upon them. The fact last season's runner-ups are at their lowest. Sydney FC makes the trip to the AAMI Park after losing their last two outings, struggling for form and goals. We are backing the hosts to claim the three points on offer and keep their charge at A-League alive.

Goals were not a strong suit for Melbourne Victory and they usually dry up when Sydney FC are involved. The Sky Blues have seen three of their last four fixtures conclude with an Under 2.5 total goals scoreline and this meeting should not be any different. Victory will be well versed with their rivals tenacity after losing to them in eight straight fixtures. They will be cautious in their approach and will hold them to a low scoring affair to keep the damage to a minimum.

Melbourne Victory vs Sydney: Check out the best odds and the latest stats

Melbourne Victory vs Sydney: Check out the team lineups

Last season's laughing stocks are leading the points table. It has been a spectacular transformation for Melbourne Victory and not one that can be attributed to pure luck. The Boys in Blue have earned it thanks to their increased attacking output. As it stands, Victory has the joint-highest scoring productivity in A-League. While they have found scoring easy, they need to keep a check on the inflow of goals which is the second-worst in the top-five.

Back-to-back defeats would not have pleased Steve Corica. The manager is battling on different fronts, ensuring his forwards get back to scoring whilst keeping the affairs at the back pristine. Ironically, nothing is going according to the plan as his charges are failing on both accounts. Perth Glory were the latest side to make a mockery of them. The sad part is that this latest insult was again at the Jubilee Oval.

Questions About Melbourne Victory vs Sydney 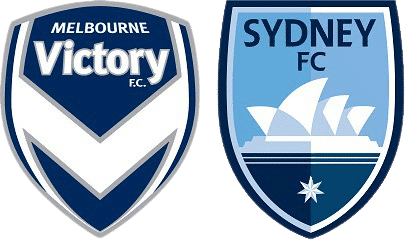 Where is the game being televised? BeIN Sport Connect and BT Sport.