Last season's strugglers, Melbourne Victory and Newcastle Jets take on each other at the AAMI Park this Saturday. Both sides have found it difficult to contain their rivals and their coming together should provide us with a high scoring affair.

Neither Melbourne Victory nor Newcastle Jets like to stand still. They like to score goals and do not mind getting caught going forward. While Victory has scored 14 goals this season, their struggling rival's tally is one better despite playing one game fewer. This is witnessed in the increasing amount of games with Over 2.5 goals for both sides. Three of Victory's last five outings have seen at least three goals, while the statistics show five in five for the visitors. With their last meeting also concluding in a similar manner, we are backing the trend to continue.

While this season has seen both Melbourne Victory and Newcastle Jets improve their scoring efficiency, their defensive issues continue to malign them. Combined, both sides have conceded a whopping 26 goals, 11 for the hosts and 15 for the Jets. Interestingly, four of their last five competitive fixtures have seen goals at either end of the pitch. This has been the case in three of their last five duels and should be on display again on February 12 at the AAMI Park.

Melbourne Victory vs Newcastle Jets: Check out the best odds and the latest stats

Melbourne Victory vs Newcastle Jets: Check out the team lineups

Despite adding a paltry one win in their last five outings, Melbourne Victory still finds themselves in the title race. It has been a remarkable change in fortunes for a side that finished last campaign bottom of the rung. This can be attributed to their improved goal scoring form as Tony Popovic has yet to find a solution to their backline issues.

Newcastle Jets have accumulated roughly half the points as their rivals for the weekend. While they have outscored their rivals, the constant inflow of goals has hampered their move up the points table. Arthur Papas has seen to it that they are more shrewd at the back and the decision has paid off with the addition of two wins to their tally. 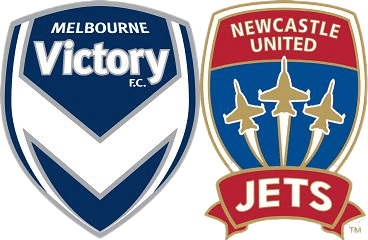 Where is the game being televised? Arena Sport (Cro) and BT Sport.

Which team is the favourite to win? Melbourne Victory.