We are treated to the Melbourne derby as Victory takes on the challenge of City at the AAMI Park. Scores were level 1-1 in their last meeting and it will be interesting how the match pans out given their contrasting form.

Melbourne Victory are unbeaten in their last eight A-League outings. It includes the 1-1 draw earned in the reverse fixture. We believe there will be a result in this meeting as an in-form Melbourne City visits them. The Hearts have won their last four fixtures, and have not conceded in the last three. They have not lost to their crosstown rivals in six meetings, winning on three occasions. We expect the trend to continue as the visitor's muscle out the Boys in Blue in this meeting.

After scoring ten goals in their last two outings, Melbourne City will be confident in their abilities. The champions gave another warning shot to their rivals and their crosstown rivals will heed it. The Boys in Blue are ready for the challenge as they have kept scores low in their recent outings. Their last five outings concluded with Under 2.5 total goals and we believe they are well-equipped to avoid a thrashing at the hands of their neighbours.

Melbourne Victory vs Melbourne City: Check out the best odds and the latest stats

Melbourne Victory vs Melbourne City: Check out the team lineups

Tony Popovic will be pleased how his charges continue to churn out results. They are unbeaten in eight league affairs, winning the last two without conceding. It will not be easy against Patrick Kinsorbo's charges, who have blood on their minds. Despite their form, pressure will be on them to deliver as they are winless against them in six league attempts.

While Western United keep a mathematical chance of leapfrogging Melbourne City in the points table, there is no denying the fact that the champions are the TEAM in A-League. City made a mockery of Wellington Phoneix and Sydney FC and will have similar designs for their neighbours. They have scored ten goals without a reply in these fixtures and will test the resolve of the Boys in Blue. 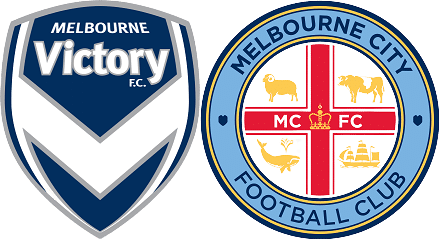 Where is the game being televised? BT Sport ESPN and DAZN Italia.