Melbourne City will be determined to stretch their winning streak when they take on Wellington Phoenix in the next league engagement on Sunday, 30 October. The Nix are still struggling to grab their first victory in the new season.

City to trounce the Nix

Melbourne City has registered four victories in the last five outings and won the last three in a row. But the Nix are on a drought for a win from the previous four attempts, losing two of them. Moreover, Wellington Phoenix has also lost the last two away outings consecutively. Two of the last three H2Hs have also ended in the favour of Hearts. So we don’t believe to see Wellington Phoenix make any improvement in this game and lost three points at the end.

Melbourne City scored two goals per game in all of the last three league attempts. The Nix have been through successive winless duels previously but they hit the target four times in the three outings of the new campaign, conceding goals in all of them. City has also been unable to keep a single clean sheet in any of the previous five home games. The last three H2Hs of these teams witnessed high-scoring totals and we expect no change in the trend in this game.

Melbourne City vs Wellington: Check out the best odds and the latest stats

Melbourne City vs Wellington: Check out the team lineups

Heart recorded their second away victory of the season in a row previously with a 0-2 win against Melbourne Victory. The team grabbed an ideal start to the season with three successive wins and got on the top of the table. The manager Patrick Kisnorbo will have a fully healthy squad available for this duel.

Questions About Melbourne City vs Wellington 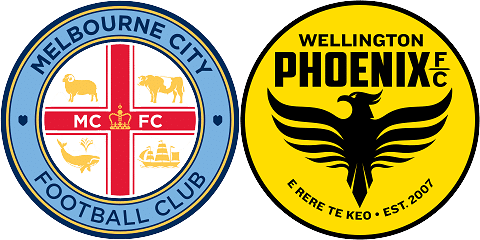 Who won the last h2h? 1-2 in favour of Wellington Phoenix.