AFC Champions League Group G fixture brings together Melbourne City and United City at BG Stadium. Both sides failed to give their best in their first group stage outing and will be looking to make amends for their lapse in concentration.

It was a goal from Leonardo Pllana that saw United City succumb at the hands of Jeonnam. They will be looking to keep their concentration levels this time around as another misstep will not be accepted by their fans. The Golden Boys will have to dig deep as Melbourne City are their next rivals. The fatigued Australians were held to a 1-1 draw last time around and should be more accustomed to their surroundings this time around. Expect them to take their rivals into the deep end and earn the three points on offer.

In their first outings, Melbourne City opened the scoring through Andrew Nabbout but could not hold the lead for fifteen minutes as Pathum United hit them back. United City will have similar designs for them. The Filipino outfit will be well versed with their rivals' backline deficiencies and should resume their scoring spree that was cut short by Jeonnam. With City scoring and conceding goals at a high rate, we should see goals at both ends of the BG Stadium.

Melbourne City vs United City: Check out the best odds and the latest stats

Melbourne City vs United City: Check out the team lineups

Patrick Kinsorbo will not be pleased how Melbourne City have fared in the AFC Champions League. The City struggled to get over the line against Pathum United despite getting the lead. Even after conceding the equalizer, they showed signs of fatigue and did not show conviction in search of the three points on offer.

It was an 87-minute strike that sealed United City's fate in their opening fixture. They will surely be more composed this time around as stakes get higher with every outing. Melbourne City will not be easy to tackle after their initial stumble and will look to make the Philippine outfit pay for their failure in the first round. 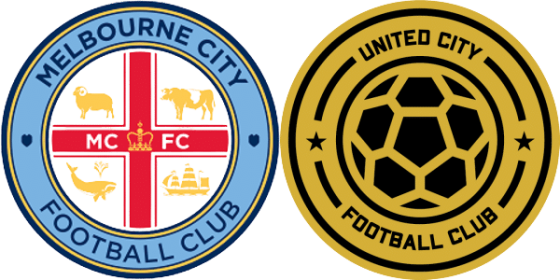 Who are the players to watch out for? Jamie Maclaren (Melbourne City) and Alan Robertson (United City).

Where is the game being played? BG Stadium.