Melbourne City take on Sydney in the Grand Finals for a rematch of the last season’s game. Sydney came out on top back then to pick up the Championship. This preview will look ahead to the 2020-2021 Grand Finals.

Melbourne City were finally able to end a first sequence of form by overcoming Macarthur courtesy of a 2-0 win in the semifinals. Sydney continued their amazing recent form by grabbing a 2-1 win over Adelaide United at home. The top betting tips for the Grand Final would be:

Sydney have the psychological advantage after having won the Grand Final against Melbourne City last season. Patrick Kisnorbo’s men might have reached the final quite comfortably by beating Macarthur, but City’s form over the last few weeks has been particularly mediocre. Sydney, on the other hand, have six consecutive wins.

The 2019-20 Grand Final might have been decided just one goal, which only came in extra time, but this fixture promises to be different with Sydney carrying a lot of momentum coming into the game. The likes of Bobo having scoring goals on a consistent basis to help Sydney get to score over 1.5 goals in four of their last five games. This form alone could have a huge impact on the overall goals tally.

Bobo has been Sydney’s top scorer this season with 12 goals. The Brazilian has been able to lead the charts for Sydney ahead of Barbarouses, who has eight goals. Bobo has been in fine form over the last few weeks with goals in four out of his last five appearances. The 36-year-old may not have scored in his last two matches against Melbourne City, but his record against the club remains excellent with eight goals in as many games.

Top Betting Odds and Stats for Melbourne City vs Sydney

A string of poor results were a huge concern for Melbourne City ahead of the play-offs. Yet, the team was able to negotiate Macarthur quite comfortably and the focus shifts to the Grand Finals. The lack of momentum for the team in the last few weeks will be particularly concerning for Patrick Kisnorbo.

Sydney have built momentum over the last few weeks to emerge as a favourite for the title. After having beaten the same opponent in the Grand Final last season, Sydney also have the psychological edge. Trent Buhagiar and Michael Zullo are the players missing from action for Steve Corica. 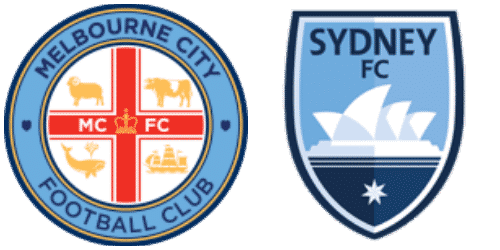 Where is the match scheduled? AAMI Park in Melbourne

Which team is the favourite to win? Melbourne City