Off the back of a defeat, Jeonnam Dragons take on Melbourne City in the next engagement of the AFC Champions League. Heart added three points to their name in the last attempt.

Jeonnam Dragons have lost three of the last four outings of various competitions, winning only one in the last five. However, City has secured three victories in the previous five games and lost only one. Adding more, Melbourne City is also undefeated in the two rounds of the AFC Champions League. Given this, we back Heart to continue their unbeaten sequence and get the points from this game.

Our third pick for this game would be the outcome without a BTTS pattern. Melbourne City has succeeded to score in four of the last five games. But the rivals are on the opposite end of the scale that failed to score in three of the previous four outings. Moreover, Heart also maintained a strong defensive line recently by getting three clean sheets in the last five attempts, which would be a tough challenge for the Dragons.

Melbourne City vs Jeonnam Dragons: Check out the best odds and the latest stats

Melbourne City vs Jeonnam Dragons: Check out the team lineups

Heart got their first win of the AFC Champions League in the last game against United City with a final score of 3-0. One victory and one draw game in the group stage have sent the team to the top of Group G. The club manager Patrick Kisnorbo will have to contend with three injury issues in the team ahead of this duel.

Dragons started their AFC Champions League campaign with a victory but lost the second game previously against Pathum United. The recent defeat got the team to the third position on the table in Group G. The club boss Kyung-jun Jeon will have two fitness issues in the team while Seok-Hyun Hong will be on suspension for this game. 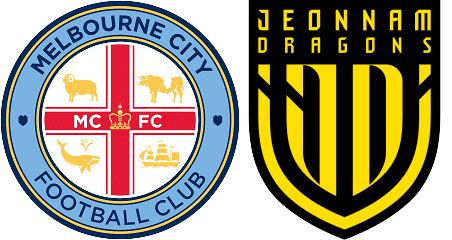 Where is the game being televised? Sport 1 (Ukr).

Where is the game being played? BG Stadium (Pathum Thani).