One of the exciting fixtures of this weekend will be played between the A-League teams, Macarthur and Melbourne City. The Bulls will want to get the home advantage again while the City are already with the away win before this game

Macarthur FC has secured only one victory in the last five attempts of the league, losing three of them. However, the team is unbeaten from the previous three home games. But the coming rivals look even better that won four of the last five away outings and remained unbeaten in all of them. The City are also yet to lose a game against the Bulls, winning three of the previous five. Hence, we expect the visitors to have the lead at the end of this duel.

Melbourne City has been through most of the high-scoring endings recently. The visitors also scored at least two goals per game in four of the previous five games. On the other hand, Macarthur also collected a total of nine goals in the same duration. The last H2H of these teams also witnessed four goals and we are going to expect the same pattern of the high-scoring total at the end of this game.

Macarthur vs Melbourne City: Check out the best odds and the latest stats

Macarthur vs Melbourne City: Check out the team lineups

The Bulls equalized the lead as 1-1 in the first half but lost with a score of 4-2 at the end against the Central Coast Mariners. Macarthur lost three of the total six games of this season in the previous four league outings. But the early run of unbeaten games made the team stay at the fourth position in the standings with the advantage of games in hand as well.

After consecutive two draws, the City managed the victory in the last game against Brisbane Roar. Melbourne City dropped six points in the previous five games but are still at the top of the table, playing the most number of games. The club manager Patrick Kisnorbo will report zero fitness issues in the team before this game.

Questions About Macarthur vs Melbourne City 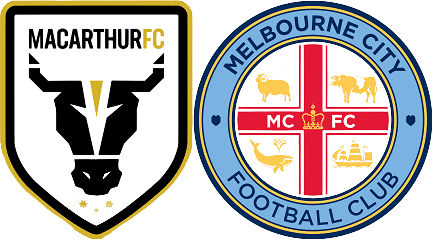 Who won the last h2h? 3-1 in favour of Melbourne City.

Where is the game being televised? BT Sport Extra and DAZN Italia.