Round 4 of the AFC Champions League brings together Jeonnam Dragons and Melbourne City in Buriram on Sunday, April 24. City are vying for the top spot in Group G while the Dragons trail them by four points after three games.

Away AFC win for Melbourne City

Patrick Kisnorbo's men made little work of Jeonnam Dragons in the reverse fixture. City will be more assured in their approach as they look to claim the top spot. On the other hand, the Dragons will look to improve their offensive output to be more relevant in Group G. It is the quality of the Australians that should help them triumph over the K League 2 outfit again. Expect Kisnorbo's men to claim the three points on offer to fuel their battle with Pathum United at the top of group rankings.

Goals to fly at Chang Arena

Melbourne City earned the three points on offer as the three goals were scored in the first 22 minutes of the game. As they meet each other after a gap of three days, we believe a similar outcome is expected. City's defence has held its own with just two goals conceded. At the other end of the pitch, they have scored six goals, making their rivals pay with their attacking forays. While they are effective at the back, the Dragons will look to give an honest account of their abilities. While they look vulnerable at the back, they have shown they can sting their rivals. Expect a high scoring affair as they battle for points in Buriram.

Jeonnam Dragons vs Melbourne City: Check out the best odds and the latest stats

Jeonnam Dragons vs Melbourne City: Check out the team lineups

The Dragons returned to AFC Champions League after a gap of 14 years. They booked their place thanks to their triumphant run in the Korean FA Cup. They have not gotten past the group stages in their two prior attempts and look unlikely after just one win from their three outings.

Patrick Kisnorbo's men are second in their AFC Champions League Group G. They are on equal points with Pathum United, who have pole position thanks to their better goal difference. Against Jeonnam Dragons, they need to improve on their tally if they are to dethrone their rivals and book passage to the next round. 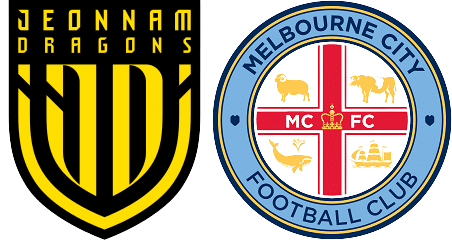 Who won the last h2h? 2-1 in favour of Melbourne City.