Following their consecutive victories, Jeonbuk plays their first game of the AFC Champions League group stage against Sydney FC this Saturday. The Sky Blues have got the back of a defeat in their previous game.

Jeonbuk Motors are unbeaten from the last four duels and succeeded in all of the previous three attempts in a row. On the contrary, Sydney FC are lacking consistency and won only two of the recent six outings. The Sky Blues also lost two of the last three away games and were defeated in a single visit against the Warriors as well. For these reasons, we predict the hosts to start the tournament with a victory.

Scoring battle at both ends

Jeonbuk Motors placed their name on the scoresheet in all of the last four duels and kept two clean sheets in two of them. On the other hand, Sydney FC also rattled the net in four of the last five attempts. However, the team was unable to score in the latest meeting against the Warriors. But following the recent momentum, we believe the visitors to be able to help a BTTS outcome in the end.

Jeonbuk Motors vs Sydney: Check out the best odds and the latest stats

Jeonbuk Motors vs Sydney: Check out the team lineups

Warriors extended their sequence of away winnings and got a 0-4 victory in the last game against Seongnam. The recent victories helped the team to make a huge difference in the K-League table and got them fourth after nine rounds. The staff will be conscious to have several players out of the game due to coronavirus.

The Sky Blues would be furious about the last game where they lost the lead in the last six minutes of the match against Adelaide United. Sydney FC has managed only eight victories in the 24 games of the A-league, along with seven draws, and got fifth on the table. Michael Zullo and Luke Brattan are going to miss the game due to fitness concerns.

Questions About Jeonbuk Motors vs Sydney 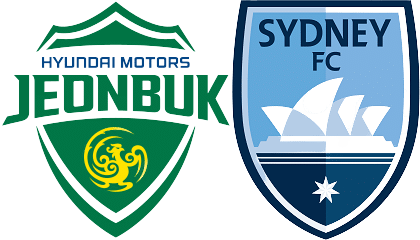 Who won the last h2h? 1-0 in favour of Jeonbuk Motors.

Where is the game being played? Jeonju World Cup Stadium (Jeonju).