Hoang Anh Gia Lai and Sydney will play the last game of the AFC Champions League against each other on Sunday, 1 May. Both teams are still struggling for the first win of the campaign.

Hoang Anh Gia Lai made the turns of defeats and draws in the recent games while Sydney FC has got a terrible streak of consecutive three defeats. The last H2H between the teams also ended without a winner. Both sides have lost the points successively and we don’t see them able to make a clear difference in this game. An equal score will be the most probable result for this game.

Hoang Anh Gia Lai scored in three of the last five games while the Sky Blues come into this duel after scoring two goals in the last meeting. Adding more, the teams conceded goals in all of their previous four attempts. The Mountain Town and Sydney were also able to score at the same time in the last meeting. So we can expect the teams to score at least once against each other.

Hoang Anh Gia Lai vs Sydney: Check out the best odds and the latest stats

Extending their drought of the win, the Mountain Town lost the previous game against Yokohama F. Marinos. The team is at the second last position on the table, having only a goal difference from the bottom. The team manager Kiatisuk Senamuang will have zero injury concerns ahead of this game.

The Sky Blues confirmed their elimination from the competition with the third consecutive defeat in the last game against Jeonbuk Motors. Having an awful sequence, Sydney FC stays at the last of the table with only two points. Michael Zullo and Luke Brattan will not be available to play the coming game due to fitness issues. 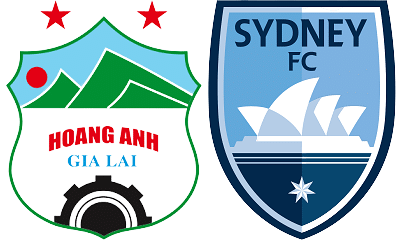 Where is the game being televised? CMore (Fin).

Where is the game being played? Thong Nhat Stadium (Ho Chi Minh City).