Draftstars is a bookmaker capable of providing betting opportunities for Australians. This Draftstars review aims to find how this site stacks up against the competition.

Pros: Easy to get started – The Draftstars team have built an impressive fantasy sports layout. The contests are easy to enter and the navigation flow is well designed throughout the desktop website or mobile app. It's also easy to follow live scores and deposit funds quickly.

It is appropriate that this Draftstars review begins with a close look at the betting markets available on the site. The primary product of Draftstars in Australia is the chance to bet on fantasy sports. Many of the sites falling into this category tend to focus on American sports like baseball and basketball. As an Australian-owned site, Draftstars is quite different since many top Australian sports are also covered. This is one of the few fantasy sports sites that covers AFL Australian rules football.

Some of the sports that are covered on the site would be:

There is something for any sports fan from Australia, as more than 15 different sports – International and Australia – are covered. The betting options are split up into three major types:

This Draftstars review is also aware that the site is in the process of bringing a tipping competition along with these options. The classic is the usual daily fantasy sports game where users will be picking up contests and lineups to earn points, which would provide access to prize pools. The head-to-head type is about going against other members on the site. Since it only involves two players, there can be just one winner. The rapid fire option is a unique element of the site.

Analysis of the Betting Odds & Limits

The process of betting at the site is quite unique, as the punter is not going to make wagers on fixed odds available on sporting events. Instead, the user will be creating a fantasy sports team, which will determine the success by picking up points based on the performance of real-life counterparts. The user can create fantasy sports teams on major tournaments that take place in Australia and across the world.

There are several daily tournaments that can be entered at different price ranges from $1 to $15. Depending on the tournament entry size and several other parameters, the prize pool can vary a lot. It can be as low as $200 to even $35,000 and above. The payouts are different for each tournament. For example, the PGA tournament of champions will be able to receive a bigger prize pool while the Big Bash League competitions are likely to be limited in the number of teams that would receive the payout. Irrespective of the version chosen by the user, there will be plenty of opportunities to win.

It turned out to be a surprise for this Draftstars review to know that live stream is not available even as an option. Since live sports is not the priority of the site at this moment, the operators have clearly decided against providing live streams, which is turning out to be an important facet in the punter’s consideration of a bookmaker. Once live sports are covered in great detail, this Draftstars review is confident that live streams might be included in the future. As one of the platforms which functions exceptionally well on desktop and mobile devices, it is unlikely that the reputation will be smothered in a swift manner.

Assistance to punters through tips

Draftstars does not have features like live streaming, but it does provide a news and tips area which is quite handy and useful for those who want to keep themselves abreast with all the latest sporting news. The tips can end up being very useful for creating a powerful fantasy sports team. Even though it is difficult to directly assess the value provided by this section, there is no doubt that it is excellent in its own way. 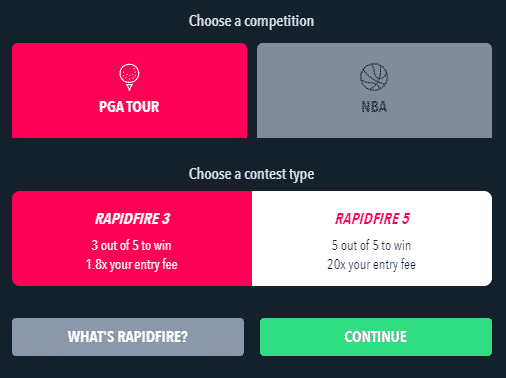 Unsurprisingly, one of the important elements are both a fantasy sports betting site would be the line-up builder. This Draftstars review found that a line-up builder is available for free access. As of now, it is in the beta format so that users should expect some kind of hiccups when they use the same on the site. Furthermore, it is available only on the laptop and desktop, as mobile users are left out of this advantage. This line-up builder is for the Big Bash League and users will be able to upload the rosters in a CSV format within a few seconds.

Insight of the experience offered by the Mobile App

The Draftstars review was left impressed with the overall mobile experience provided by the site, which managed to do almost everything right. The simplicity of the fantasy sports app is one of the attention grabbers, as users need not spend a lot of time trying to understand the interface and features. Many of the features are out in the open, which is the way that should be designed. The availability of filters makes it easy to find the preferred contest, although the lobby will be a huge gateway to many opportunities. There is a red button available on the app so that users can create their own contests to play against friends.

The start screen will provide access to almost every facet of the app. In many ways, the design is rather interesting since the long menus have been done away in favour of simplicity. There is also little need to go through a ton of pages for getting into a contest. Since the app gives access to all daily fantasy games from Draftstars, it serves as a great alternative to the desktop site.

The app works extremely well on Android and Apple devices. One crucial difference of the Android app is the availability of the same in the Play Store. If it is a regular sports betting app, it would not be hosted on the Play Store and users would have to circumvent the problem with additional measures. Now, however, the app is available directly on the Play Store and one can get the same just as they would get the app from the App Store.

FAQs that need to be addressed

Draftstars is a fantasy betting site that is quite different from a regular online bookmaker. The site acts as a platform where tournaments and contests are hosted on a regular basis. These can be public or private competitions, which will reward users depending on their selections performing well in real life.

Who provides the license for Draftstars’s operations?

The license for Draftstars site is offered by Northern Territory Racing Commission.

Who can join the site?

A player has to be an Australian resident and above 18 years of age to become a part of the Draftstars site.

Draftstars is run by PlayUp, who happen to be an Australian bookmaker with an interest in a variety of sports. As a result, Draftstars is a 100% Australian site. Read through this PlayUp Review to find out more.

Can users create a new Draftstars account from the app?

Yes, users will be able to start new accounts directly from the app, which is available even for people who do not already possess an account.

Does the app support deposits and withdrawals?

The app has been designed to be a full-fledged replacement for the desktop. Therefore, it supports all functionalities like deposits and withdrawals.

Does the site support players creating their own contests?

Yes, players can create their own contests, which can include the user’s preferred number of players, prize pool structure, entry fees, and more.

Is the site secure?

In the course of coming up with this Draftstars review, the site was found to be quite secure when it comes to maintaining the personal and deposit data. This should not come as a huge surprise since the site is run by PlayUp.

What are the security measures used by the site?

This Draftstars review found that the site happens to possess many security features like SSL technology and systems to protect the passwords.

Is it possible to set gambling limits?

Summary, analysis, and review of Draftstars

Draftstars has to be construed as a fantasy betting service rather than as an online bookmaker. There are plenty of things that one should get accustomed to before joining up with the site. It is quite different from a regular bookmaker where punters will be backing a specific event at fixed odds. Instead, the concept of fantasy sports betting is particularly different, but Draftstars does a great job of providing users with plenty of options and education regarding the same. The lack of any major form of customer support like phone and live chat is one of the biggest disadvantages. However, this should not stop users from being able to enjoy the platform. There are plenty of things to like about Draftstars like the option to create own contests, enjoy big prize pools in major tournaments, and more.