China and Australia will meet at Sharjah Stadium for the race of World Cup 2022 on Tuesday, 16 November. Both teams will be eager for the points as they are winless from their last two matches.

Here are our predictions for China vs Australia.

China was quite fine in the second round of Qualifiers but was not the same in the third round. They have managed only one win in the last five games, accompanying one draw and three defeats. Australia are also yet to win from the last two games but they had a great run of wins before this and have three wins in the previous five outings. They defeated China in the last meeting of the group stage with a lead of 3-0. Adding more to this, the last two H2Hs have witnessed Australia with the win. So chances are more for the Socceroos to get back on the track with three points from this match.

Australia’s front line has been difficult for China in the recent H2H matches as they scored eight goals in the last three duels against Dragon’s Team. Both teams shared 12 goals in the last three H2Hs and two of them ended with over 2.5 goals. China and Australia have scored six and eight goals respectively in their last five attempts. Hence, we can think that the teams would be able to collect a total of at least three goals at the end of the match.

China didn’t score in the last two meetings against Australia but they are now scoring consistently from the last three games. On the other hand, Australia has scored in four of the last five meetings and they also have found the back of the net in all of the last four H2Hs with China. We believe that this match will conclude a BTTS outcome at the end but Socceroos are likely to restrict their rivals to a low score as they have claimed three clean sheets in the last five matches.

China vs Australia: Check out the best odds and the latest stats

Match Preview of China vs Australia: Aussies look to make the most of long-distance adventures

The Dragon’s Team had the lead in the first half of the last game but conceded a goal in the second half and drew the match as a final result of 1-1 against Oman. The third round of the WC qualifiers have been really tough for China and they have managed only one victory in five matches of this stage against Vietnam that are the last in the group. China stands in the fifth position of Group B.

The Socceroos are determined for direct advancement to the World Cup in Qatar as they have secured the second position of the table after playing five matches of the third round. Like their coming rivals, Australia also came into this game after a draw where they played against Saudi Arabia. They won three consecutive opening games on this group stage.

Questions About China vs Australia 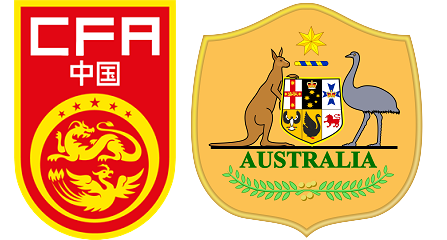 Where is the game being played? Sharjah Stadium (Sharjah).