Round 17 witnessed A-League bottom feeders Central Coast Mariners and Brisbane Roar in action against each other. A win can bring them closer to the playoff slots, making this six-point affair interesting for the six teams with similar ambitions.

While both Central Coast Mariners and Brisbane Roar have struggled to impress, they have one thing in common. They like to concede goals. The Mariners have conceded 10 in their last five, while Roar has 8 to their name. Given the tendency of both defences to go napping during a fixture, expect goals at either end of the Central Coast Stadium.

Poor defence means a lot of opportunities for attackers. The Roar faithful will be concerned as their attackers have only scored 11 goals this season, however, 7 of these have come in their last five outings. The Mariners' forward lineup is more reliable with 17 strikes to their name. Given the combination of poor defence and attack units that are in overdrive, expect a high scoring affair in this Saturday night fixture.

Central Coast Mariners vs Brisbane Roar: Check out the best odds and the latest stats

Nick Montgomery will be concerned with how Mariners are going about their business. They are winless in eight competitive fixtures, losing on six occasions. While the Mariners' attackers will hold their heads up, their defence has let them down. They need to address their slide soon or will write a spectacular bust story after finishing third last season.

Warren Moon is in a similar predicament with Brisbane Roar. His charges are stuck to bottom places and show no signs of improvement. They have the joint-worst attacking output this season and look bereft of ideas when going forward. However, they have shown some improvement with 7 of their 11 goals this season coming in their last five outings. 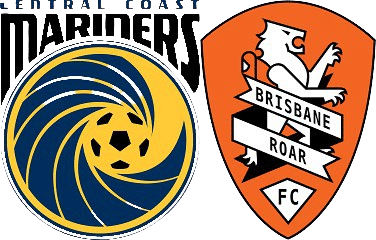 Where is the game being played? Central Coast Stadium (Gosford).