Central Coast will be confident to host another home game in their next A-League engagement against Adelaide United. The Reds aim to victory following their two winless games of the league.

The Mariners had consecutive defeats back in a few away games, but the team has lost only one match in the previous eight home attempts. The hosts are also winless from the last four games. On the other side, Adelaide United also held the streak of three victories before the last two meetings against WS Wanderers. So it promises to be an exciting duel. However, the Coasties will be in high potential over the consecutive two home victories against the Reds and will be our favourites as well.

Given the high-scoring totals in H2Hs, both teams have also been able to score at the same time in almost all of the recent games. Adelaide United missed the target only in the last game and scored in all of the games before that. While the hosts have also scored in five of the recent six attempts and the all latest home games. So we believe to see both teams on the scoresheet at the end of this game.

Central Coast Mariners vs Adelaide United: Check out the best odds and the latest stats

The Coasties continued their unbeaten streak and won by 4-2 in the last game against Macarthur. However, the team has managed only five wins out of 16 attempts and a long run of winless games put them eight on the points table. All of the players will be ready to make an appearance in the math without any fitness issues.

Western Sydney United were a tricky challenge for the Reds and couldn’t extend their winning series against them, drawing the last game as 0-0. Adelaide United are currently third in the standings but have played the most numbers of the game. Nick  Ansell will be out of this game due to his injury. 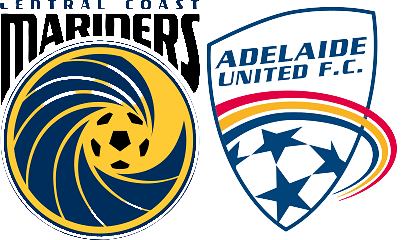 Who won the last h2h? 2-1 in favour of Adelaide United.

Where is the game being televised? BT Sport ESPN.