The fixture at Moreton Daily Stadium sees the hosts Brisbane Roar lining up against Western United in the A-league game. The visitors are chasing the first spot while the Roar are in the opposite direction of the table.

Away Heaven for Western United

Both teams of the fixture enter the field with the inconsistency of positive results. Brisbane Roar won only two of the last six games, losing all other four. While on the contrary, Western United had a streak of victories but are now winless from the previous three games. However, the Roar might be confident over three home wins out of the four attempts. But the visitors had been great in the Roar’s field by winning three of the recent four H2Hs. So we back the Western United to find their league victory in this game.

Despite not having the stability of wins, Brisbane Roar managed to give the average of two goals per game in the last four outings. western United found the back of the net seven times in the previous five games. Furthermore, the visitors scored six goals in the recent four H2Hs at the home of Brisbane Roar. Given all that, we expect to witness a high-scoring total in this game, opposite to the most recent H2Hs results.

Brisbane Roar vs Western United: Check out the best odds and the latest stats

Brisbane Roar vs Western United: Check out the team lineups

The Roar got down in their last game from 1-0 to 2-1 at the end of ninety minutes against Melbourne City. Brisbane are among the worst names on the points table, having only five wins out of the 16 attempts and standing at the second last position. Connor Chapman is injured while Rahmat Akbari is on national duty ahead of this game.

Western United could manage only two points in the last three league outings but still have the advantage of games in hand to get on the top, standing at the second. Leaking the goal in the last five minutes, the team ended their last game in a draw against Melbourne Victory. The club manager John Aloisi has zero fitness concerns in the team before this game. 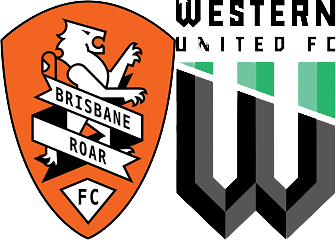 Where is the game being televised? BT Sport, and DAZN Italia.

Where is the game being played? Moreton Daily Stadium (Brisbane).