Brisbane Roar are in poor form, going on five matches without a win. Their Round 25 rivals, Sydney FC, will not take them lightly as their personal streak stands at a dismal eight competitive fixtures.

Brisbane Roar has struggled to live up to their reputation this season and struggles second from bottom. Sydney FC are eight points their senior but will not be confident in their abilities after losing five matches in succession. However, four of these came away from home in the AFC Champions League as they struggled with jet lag and fatigue. Nevertheless, the Sky Blues are unbeaten in two of their last eight competitive duels with the Roar. We expect a clumsy midweek fixture with the Sky Blues' quality and confidence taking them across the line.

High-scoring affair at the Moreton

Brisbane Roar's inability to secure the points comes from the inability to score freely. This is exemplified by the fact that they have only hit the back of the net twice in their last five outings. However, they will feel confident against Sydney, who has conceded 13 goals in this period. Add to the fact that the visiting Sky Blues have scored 11 goals in return. All the ingredients available point towards a high scoring affair at the Moreton Daily Stadium, and it should come to fruition with relative ease.

Brisbane Roar vs Sydney: Check out the best odds and the latest stats

Brisbane Roar vs Sydney: Check out the team lineups

For a team that completed the top-four last season, struggling in the bottom two places has been a spectacular fall from grace. Warren Moon's men have struggled to score goals throughout the season and it has been their downfall this season. Their issues were further exacerbated by a defence that has continued to concede more than a goal per match during the 2021/22 campaign.

While Brisbane Roar's have struggled to score consistently, Sydney FC has not been plagued by this issue. Last season's runner ups have scored freely with 36 strikes from 25 outings. However, it has been their defence that has let them down. They have conceded 41 times this season, three more strikes allowed than the hapless Roar.

Questions About Brisbane Roar vs Sydney 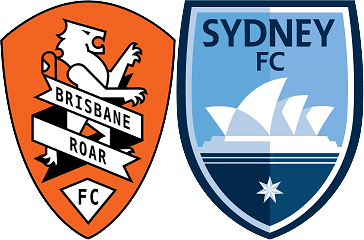 Where is the game being played? Moreton Daily Stadium (Brisbane).