Bahrain will be facing New Zealand in an international friendly on Tuesday, and we will review the fixture to find the best odds and free tips for it.

Recent Odds and Best Bets for Bahrain vs New Zealand

Below, we have listed our top choices for the Bahrain vs New Zealand best bets for their upcoming fixture this week.

The odds you see here are all from Ladbrokes AU and are subject to change. This means that you should double-check your bet slip before confirming.

Bahrain's current form is great compares to their opponent, New Zealand. While Bahrain won or drew seven of the last ten games they played, New Zealand won only three of their last ten fixtures. Bahrain has never won a head-to-head match against New Zealand and the closest they came was the first draw between them when again Bahrain hosted the match.

Both times that Bahrain and New Zealand faced each other in the past was during a World Cup game and those games all ended with under 2.5 total goals. Even though both teams have had quite a few high-scoring games recently, we don't believe that there will be many goals scored on Tuesday.

We might be repeating ourselves, but the last and only two head-to-head matches didn't end with a lot of goals and there wasn't a BTTS situation insight. That being said, we believe that their next match on Tuesday will follow the same model even though many of their recent matches ended differently. 50% of New Zealand and 60% of Bahrain's last ten matches ended without a BTTS outcome.

These are the latest statistics for the upcoming match between Bahrain and New Zealand.

Latest Form and Team News for Bahrain vs New Zealand

The goal situation on Tuesday is also contradictory, but we are voting for under 2.5 total goals and only one of the teams scoring. That’s because both times they played together in the past, their games ended similarly. 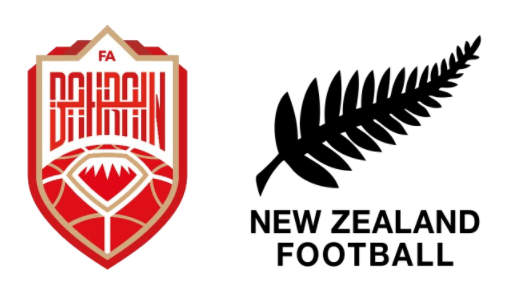 Prevalent Q&As for the Bahrain vs New Zealand Friendly