Australia are focused on enhancing their excellent record in the World Cup 2020 qualifying campaign when they go up against Oman in this international break. The game will take place at the Khalifa International Stadium.

Australia were able to pick up a 3-0 win over China and a 1-0 victory over Vietnam. This has retained their 100% record in the qualification campaign. After a surprise 1-0 victory over Japan, Oman suffered a loss by the similar score against Saudi Arabia before recently picking up a 7-2 win over Nepal.

Australia have been coming up with excellent performances in the qualification campaign and they stand to reach yet another World Cup finals. Despite some positive results against the likes of Japan, Oman are nowhere close to getting something out of the game against Australia, who have been on a strong winning sequence over the last few games.

The recent matches have seen Australia display a lot of goalscoring form. Apart from the low scores against Vietnam and Jordan, the Socceroos have been performing quite well. Oman may not contribute a lot to the goal tally given the quality of the opposition.

Australia to win to nil

There have been four consecutive clean sheets for Australia. Oman are flesh from scoring seven goals in the recent game against Nepal. It may be difficult for Oman to replicate a similar turnaround of goals.

Top Betting Odds and Stats for Australia vs Oman

Australia have been able to achieve sound result set of results even when the travel conditions are not so favourable for the country. After having not conceded a single goal in the third round so far, Australia will be hoping to continue their excellent form. The national team will be playing matches on home soil due to the travel restrictions. Instead, this game will take place in Doha and it will not feature Brad Smith and Milos Degenek.

Oman will be quite happy to have reached the third round of the Asian World Cup qualifiers. There is definitely plenty of dreams for Oman after the recent win over Japan game against Saudi Arabia turned up to be quite difficult and this difficulty is only expected to scale up against Australia.

Questions about Australia vs Oman 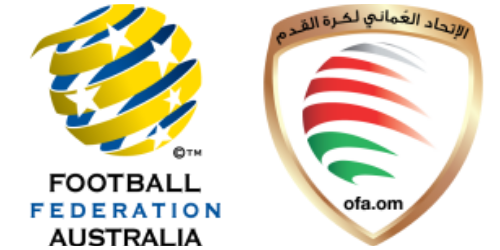 Where is the match scheduled? Khalifa International Stadium in Doha