Australia’s final group game of the second round of World Cup qualification from Asia sees them take on Jordan. The Socceroos are hoping to maintain the 100% record in the group stages.

Australia had a comfortable 3-0 win over Nepal in the latest qualifier. This gave the team seven out of seven wins in the Group B. Jordan are second in the standings and they stand as candidates to reach the next round following a goalless draw with rivals Kuwait. The top picks for this match are:

Australia may not be any more to get complacent in the final group game of the second round, as it would not bode well for the third round which is expected to be a lot more difficult. The Socceroos have enjoyed an easy passage so far in the group. Jordan would be able to reach the next round with a little comfort if they avoid a big defeat. Even though Jordan are unbeaten in three, they do have a tendency to lose against the top opposition at home.

The top scoring team in the Group B takes on a Jordan outfit which has been able to get only 13 goals from the seven matches. Jordan have scored fewer goals than Kuwait City who are in the third spot. Almost all of the qualification games involving Australia have been with more than 3.5 goals. This is not going to be an experimental match for both teams.

The clean sheets picked up by Australia during the course of the qualification campaign have been able to buy a lot of confidence that the Socceroos are heading in the right direction. Apart from the thrashing at the hands of UAE, Jordan have been too bad on this front. And then, the offence lacks the strength to take on a team like Jordan.

Top Betting Odds and Stats for Australia vs Jordan

Australia are on an eight game winning sequence. Ironically, the team’s last defeat was at home against Jordan back in January 2019. Since the defeat, Australia have been unable to take their form to a whole new level. The Socceroos have punched plenty of goals in the group stages already. Even though many options do exist, the team is in a fantastic spot for manager Graham Arnold.

A goalless draw against Kuwait has put Jordan on the verge of reaching the draw for the next rounds. Avoiding a defeat in the key game against Kuwait has once again reinforced the team’s ability to take on opponents. It is just about a matter of staying clinical in front of goal.

Questions about Australia vs Jordan 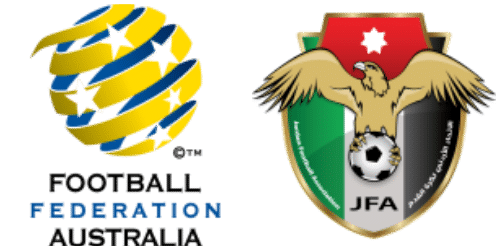 Where is the match scheduled? Al Kuwait Sports Club Stadium in Kuwait City