After a winning start to their group match, Australia are up against Spain in the second group C games at the Olympics 2021. This preview will focus on every aspect of the game.

Australia U23 vs Spain U23 – Betting Tips & Predictions

Australia produced a spirited performance to pick up a 2-0 victory over Argentina in the first group match. Spain were unable to get past a stubborn and resilient Egyptian outfit in their first match.

Australia did the business over Argentina to gain a foothold in the race to reach the knockout stages, but Spain have been dealt a major blow following the draw with Egypt. Graham Arnold’s team were a committed bunch against Argentina and one can expect a similar sort of a physical approach against Spain, will despise such a match. Just like against Spain may end up struggling to have any impact.

The tackles were flying in from Australia in the game against Argentina and a similar approach could be utilised by Arnold in an effort to curtail the powerful attacking presence of Spain. Despite a string of high-profile players, Spain did not get the crucial win and that they are now under pressure to get a victory or face the risk of elimination. This pressure might end up causing more damage than being helpful.

Spain did not score against Egypt and Australia come on the back of a clean sheet in their first match. However, there are times against Argentina when Australia were riding their luck and this should not last for long.

Top Betting Odds and Stats for Australia U23 vs Spain U23

Australia U23 vs Spain U23: Team News and Match Preview

Graham Arnold’s men have shown in the opening game that they are not in the Olympics to make up the numbers, as they packed quite a punch against the South Americans. Despite the lack of experience in the squad, Australia gave a good account in the opening group game by introducing a lot of physicality and excellent tactics.

The slow start to the Olympics action will put a lot of pressure on Spain, who indeed have one of the talented squads in this competition. There has been no trouble in Spain trying to dominate the possession and overall numbers, but they have been able to create many clear-cut opportunities due to their failures in the final third. This will be the biggest Achilles heel that the team has to address ahead of the game against Australia.

Questions about Australia U23 vs Spain U23 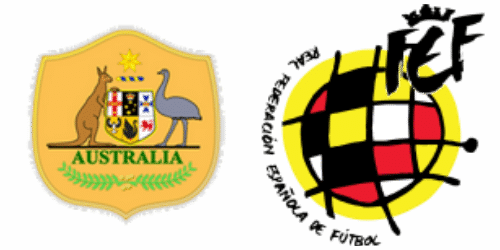