Argentina U23 vs Australia U23 Top Free Betting Tips

Argentina watched the senior team win the Copa America title for the first time in almost 3 decades. The under 23 team, meanwhile, prepared for this competition with friendlies against Denmark and Saudi Arabia. Australia, meanwhile, suffered three consecutive losses in their warmup friendlies.

Argentina U23 would like to follow the achievements of the senior team by lifting the gold for a third time. Despite being placed in a tricky group, Argentina are quite capable of overcoming Australia with ease and starting the competition in the best possible manner. Australia have been very disappointing of late and the problems are likely to continue with Arnold naming a relatively inexperienced squad.

Top Betting Odds and Stats for Argentina U23 vs Australia U23

Argentina U23 vs Australia U23: Team News and Match Preview

Argentina had taken the decision not to include players from the Copa America winning squad. As a result, many of the top stars are not available and the national team has even taken the surprise decision of using a goalkeeper for one of the three spots available for overage players. After having lifted gold on two occasions, Argentina will be looking to extend their wonderful history in this competition.

Australia have their work cut out in this Olympic football season, as they have been placed in a relatively tough group. The team has failed to get past the group stages in the last two occasions. Graham Arnold has been unable to stop his defence conceding goals at an alarming rate. Just in the last five matches, there have been more than goals in three of those games.

Questions about Argentina U23 vs Australia U23 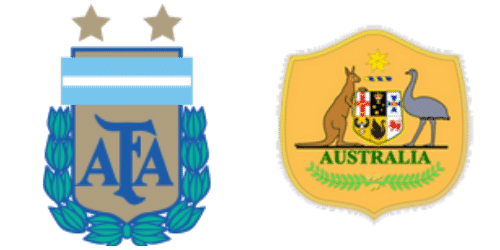 Which team is the favourite to win? Argentina